Original Poster
I'm a new bearded dragon owner, and I've had my bearded dragon for about 2 and a half months now (he is just over 5 months old).
He has both UBV lighting and a basking spot as well as a CHE because it gets cold at night where I live. I've been feeding him Dubai Roaches, locusts and crickets as well as greens, everything is sprinkled with calcium of course.
I've had no problems with him so far, but about a week ago I noticed this spot beside his back leg had some strange orangish/brown colouring in comparison to the rest of him.
I made the decision that it was probably nothing and decided to just keep an eye on it, as he has a lot of orange around his face and I just assumed that this was the beginning of his body following along.
However when I had him out of his cage today, I noticed that the coloured patch had now dulled out/was turning white.
It is not shedding as he only shed last week and the skin was discolored both before and after the shed and it doesn't seem to be the same texture as the rest of his skin, his spikes in this area are slightly softed and his skin seems more elasticated (??).
I will be bringing him to a reptile vet this week if it doesn't get any better or I notice any behavioural changes.
If anyone more experienced could give some form of advice, opinion or thoughts it would be EXTREMELY appreciated, as I've been freaking out all day and just want to know if this a major concern or not.

(It isn't as prominent on camera as is in person) 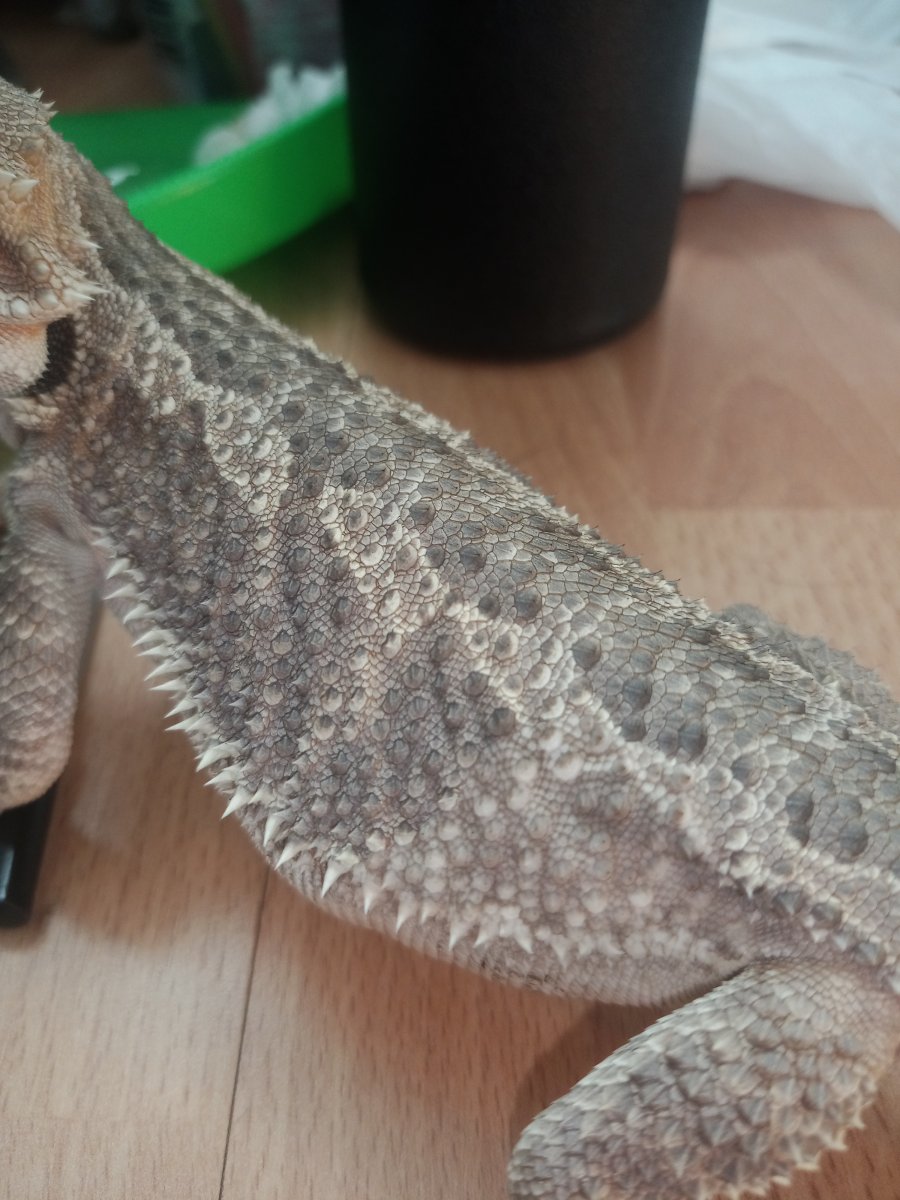 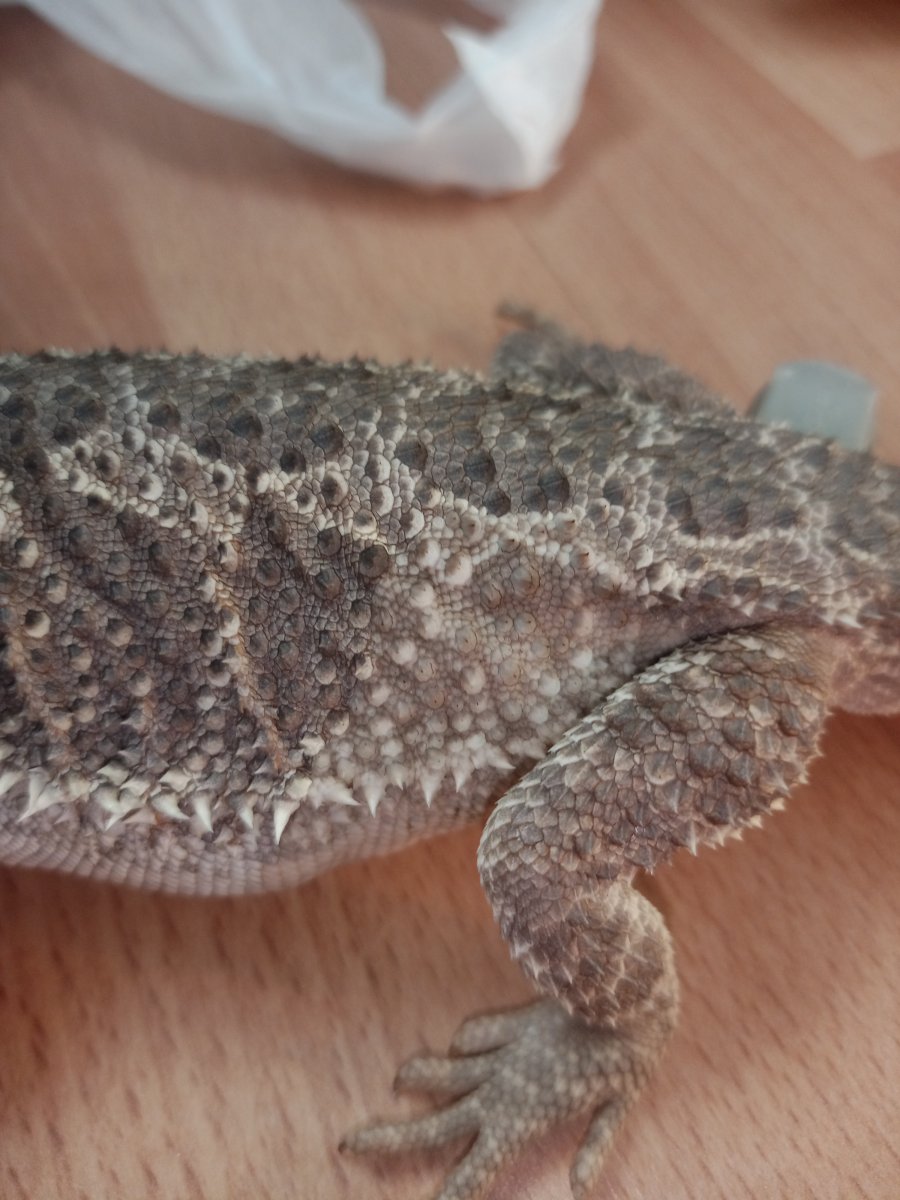 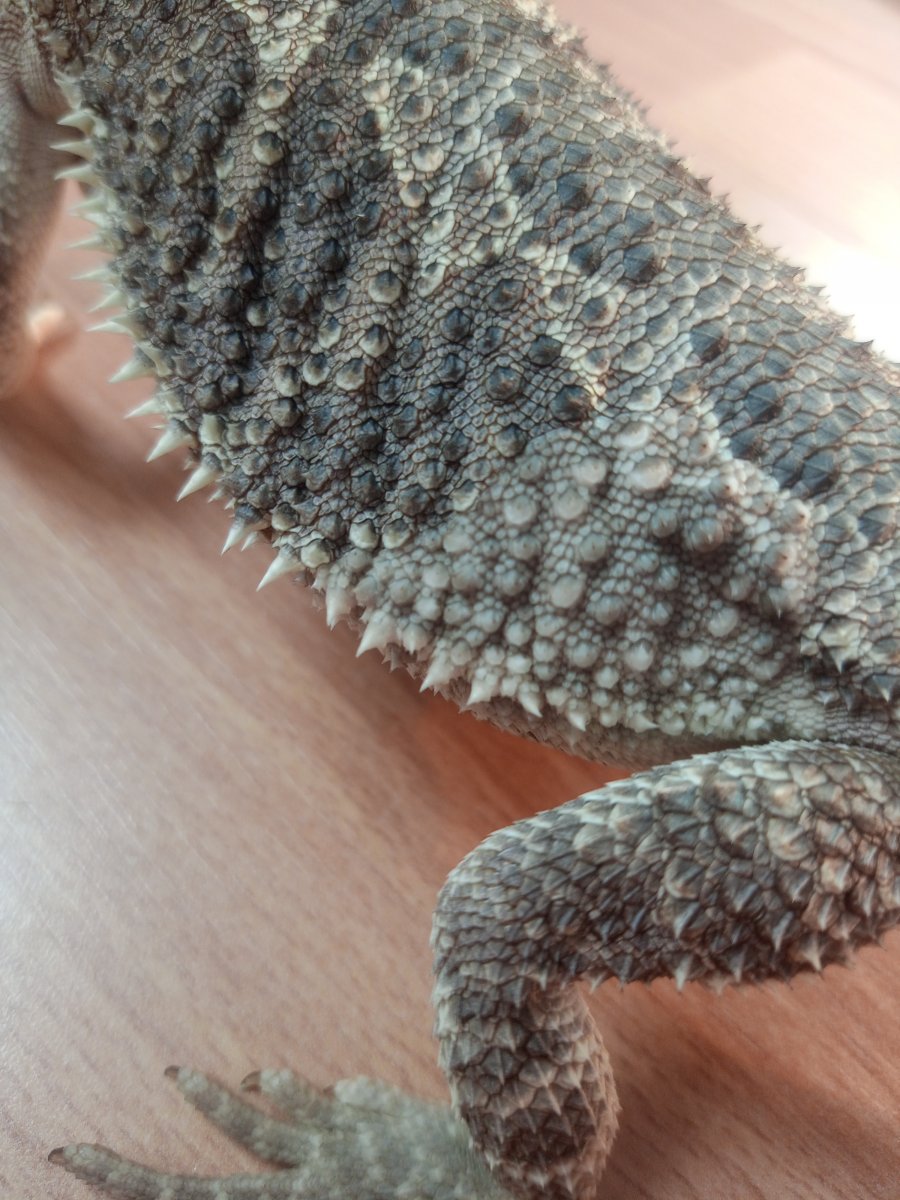 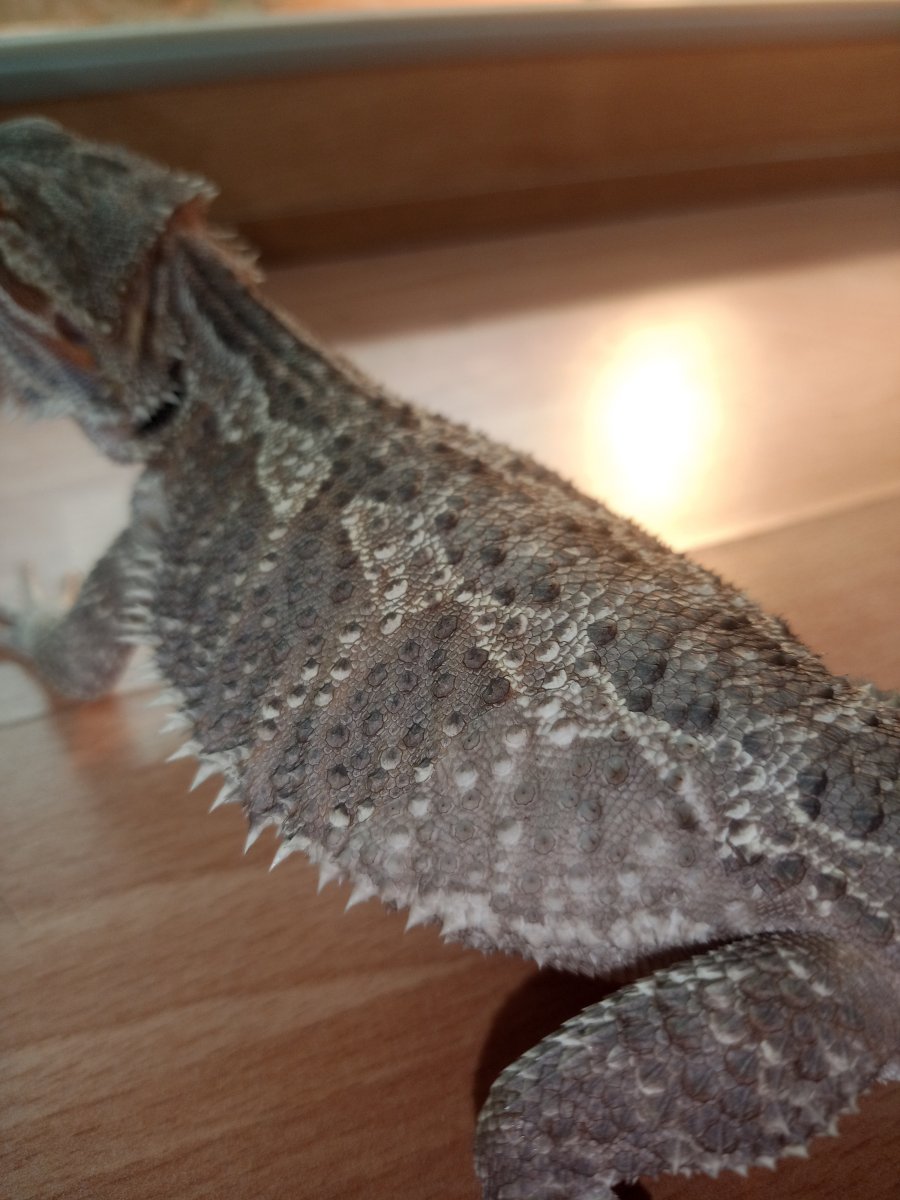 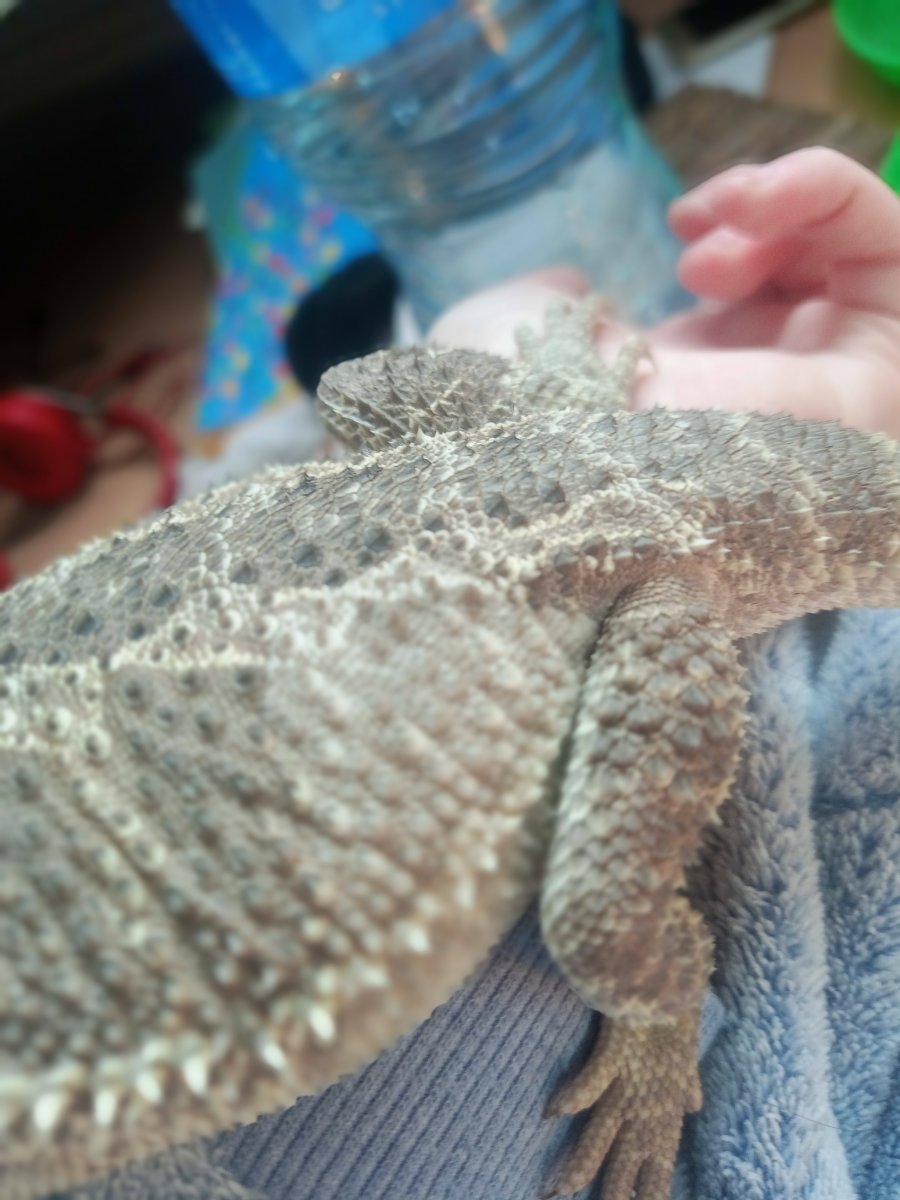 Thanks in advance!!
Sort by date Sort by votes

angel_zynn
is my bearded dragons left side supposed to be hard, it’s right above its left leg in the back, it’s kind of hard? i feed it insects and greens. not sure if it’s normal or not? i can post pictures.
Thursday at 7:34 PM •••

ds_1771
His first vet visit went well! Abelardo Texas looks good physically according to his new Dr.
Unfortunately, on the fecal it showed that he has Coccidia. Not a surprise honestly... he has been having diarrhea since I got him. I got Albon, F10, and a steam cleaner on hand.
I'm kinda freaked out, I heard coccidia is a beast to get rid of. Wish me luck!

Smaugthebeardy
Sorry didn’t mean to post the last post was an accident, but I do have a question I have a 7 month old dragon, her name is Smaug and she will not eat her salad I have tried everything that I can, just wondering if anyone can help me because I’m stuck and I know that she should probably be eating them by now! If anyone can give me ideas that would be great!
-mia
Thursday at 4:49 PM •••

Smaugthebeardy
Hello
Thursday at 4:46 PM •••
T
tahaabdulghani
Hello there I have Created a websites
Check and rate it Wearglam USA
Wednesday at 2:15 AM •••