so, yesterday i made a bamboo stick bridge for my beardies. basically, i tied hemp cord around numerous sitcks of bamboo until i reached the desired length. after that, i couldnt figure out how to actually put the bridge in the enclosure. i decided to make a base out of popsicle sticks, then glued numerous lengths of bamboo going straight up and down. i then glued the bridge on top of them, in a wavy shape.

It turned out pretty well, for just winging it. i dont have the best pics of it. camera was dead until recently. tomorrow im gonna take out the bridge and get some better pics of it. 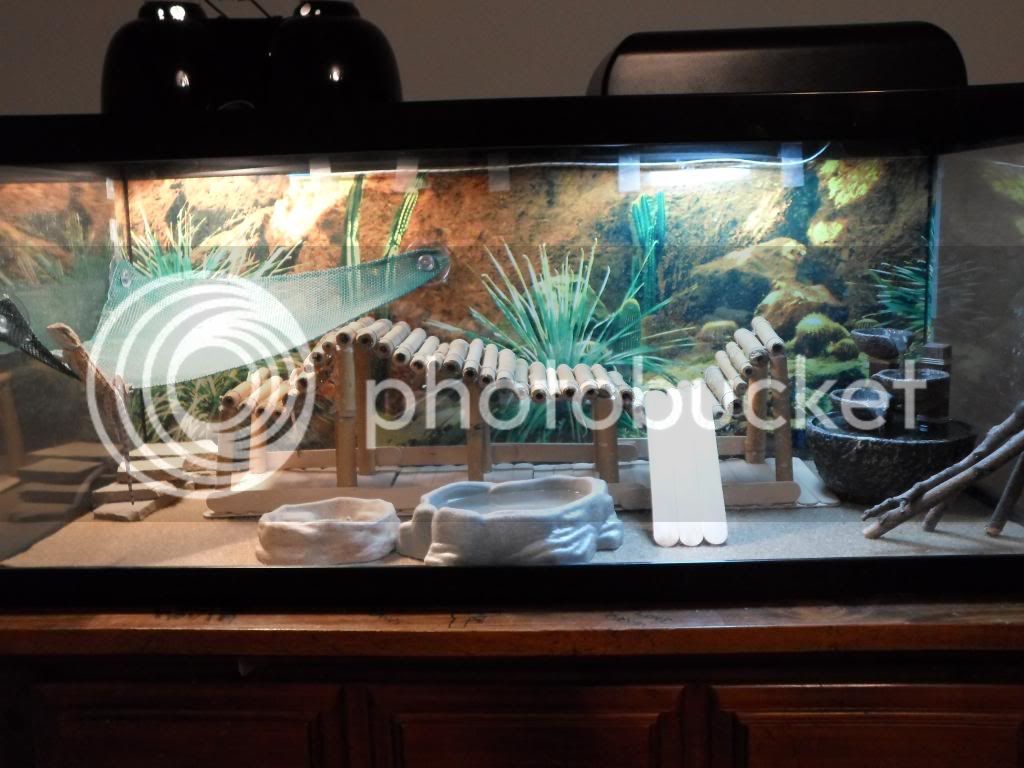 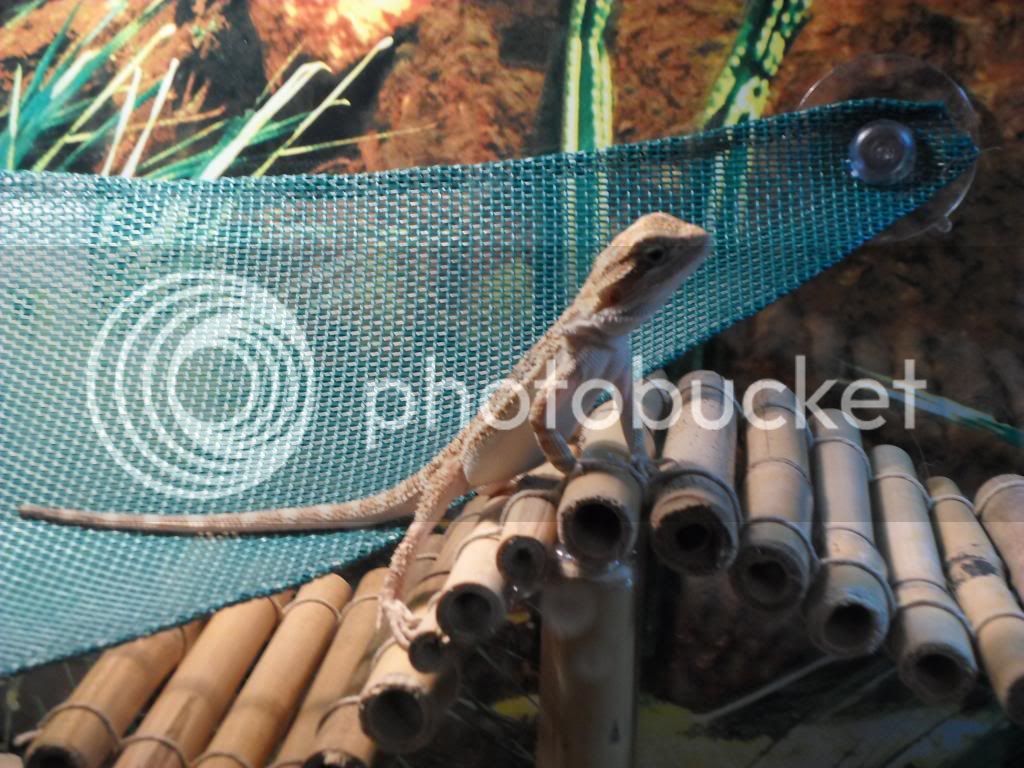 clyde is exploring the new bridge. 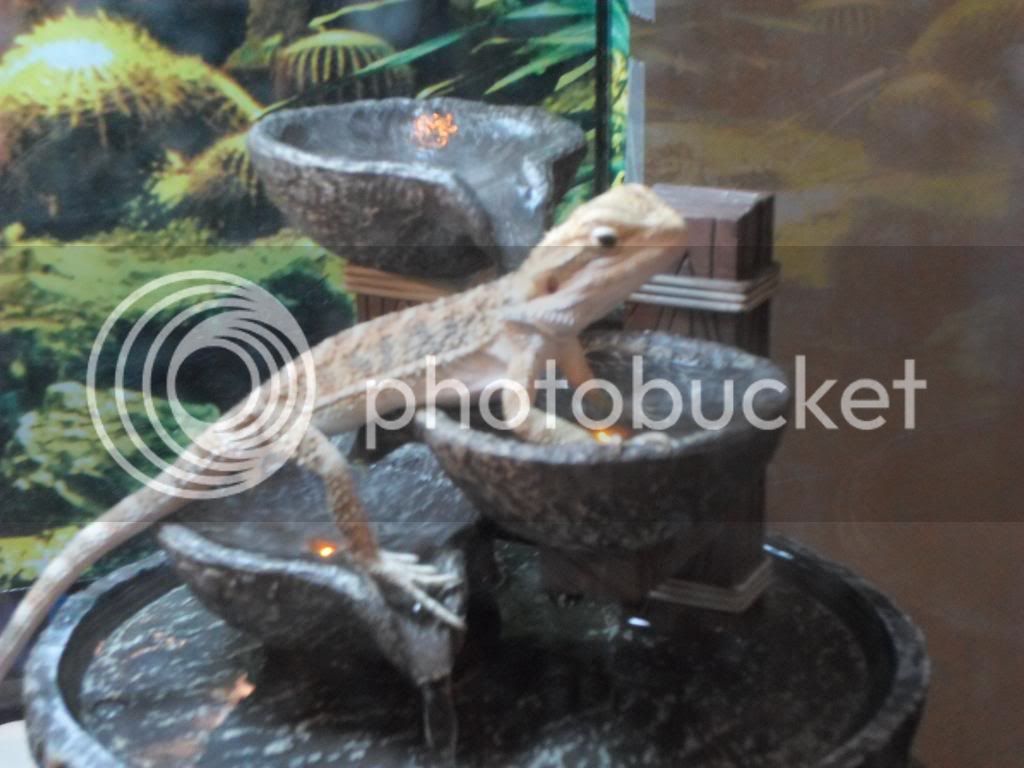 clyde loves is waterfall thingy. we were going to get a bubbling brook from petsmart, but needed some more important things first (bills suck) found this waterfall at kmart for 7 bucks. its only temporary for a few weeks, but it works well, and the beardies love it.
S

Original Poster
thanks. i just cant wait to build their new enclosures. building two 5'8"Lx3'Wx2'H enclosures, one on top of the other. going to do it sorta like dragonov's stackable enclosures.
S

Where did you get your bambo? The bridge came out great.
G

Original Poster
i got the bamboo sticks from a landscaping company. they used them to tie to baby trees to get them to grow straight. the trees became too big for them, and i saw the bamboo sticks, and thought, those would be perfect. asked the guys what they were going to do with them, and they said they were going to throw them away, but i could have them if i wanted.

i also got some flat rocks from a neighbor. they have a wall made of them, but the wall is falling apart, and they are gonna remove it next summer. they are just like the ones you can find at petsmart, but i have access to some that are much bigger than petsmart sells, yet too big to use in my viv.

Love love love the bridge! Hope you dont mind if I steal the idea and make one for our viv!

Original Poster
Go right ahead, I stole the concept from someone. Yesterday, i added more popsicle sticks and enclosed it on the two long sides so the beardies have a place to hide

Original Poster
Thanks beardieluv73. My beardies love running on it.