I'm wondering if anyone has any photos showing healing progression of wounds involving scales. Also, does anyone think this will heal?

I've included photos of my bearded dragon (DOH 4/1/21). He at vet right now getting systemic antibiotics (enrofloxacin) and anti-inflammatory (meloxicam).

Today at vet after his betadine/neosporin soak last night: 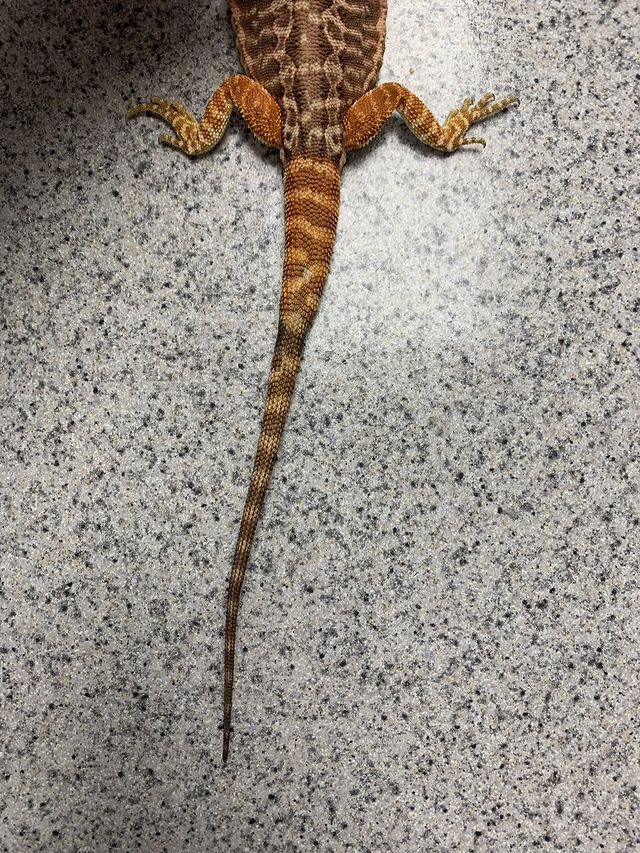 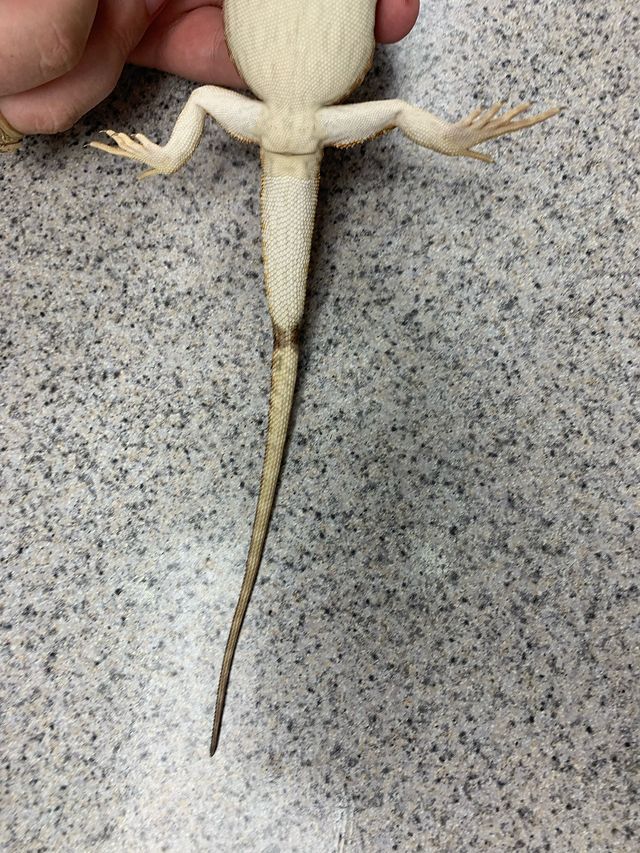 She wanted to amputate the tail but I wanted to attempt to save the tail based on how it looked last night 6/17/21 when i removed the stuck shed. 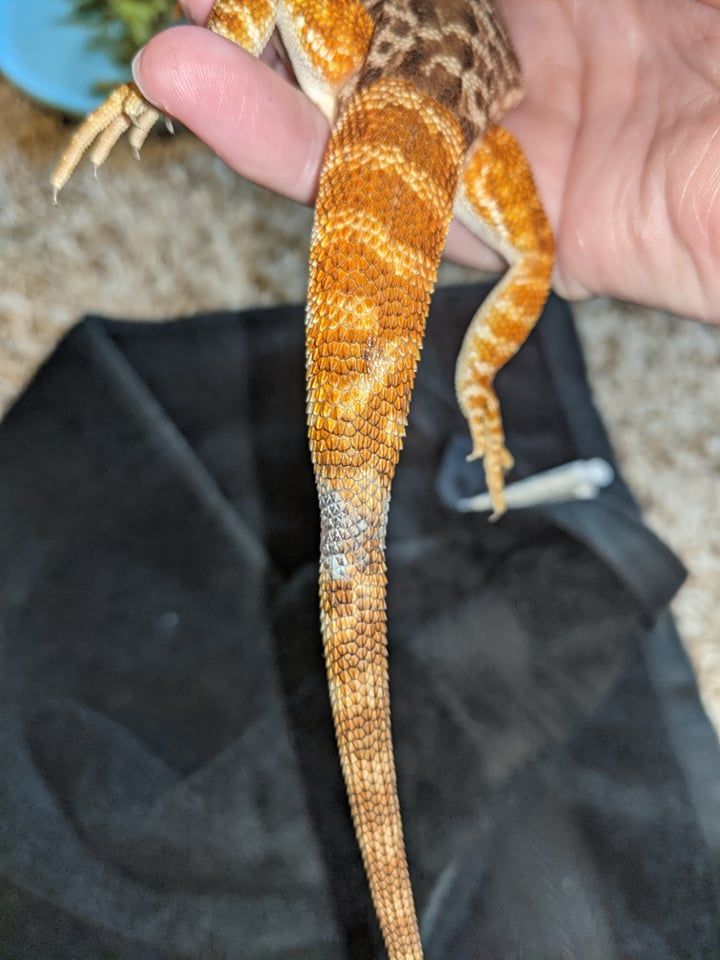 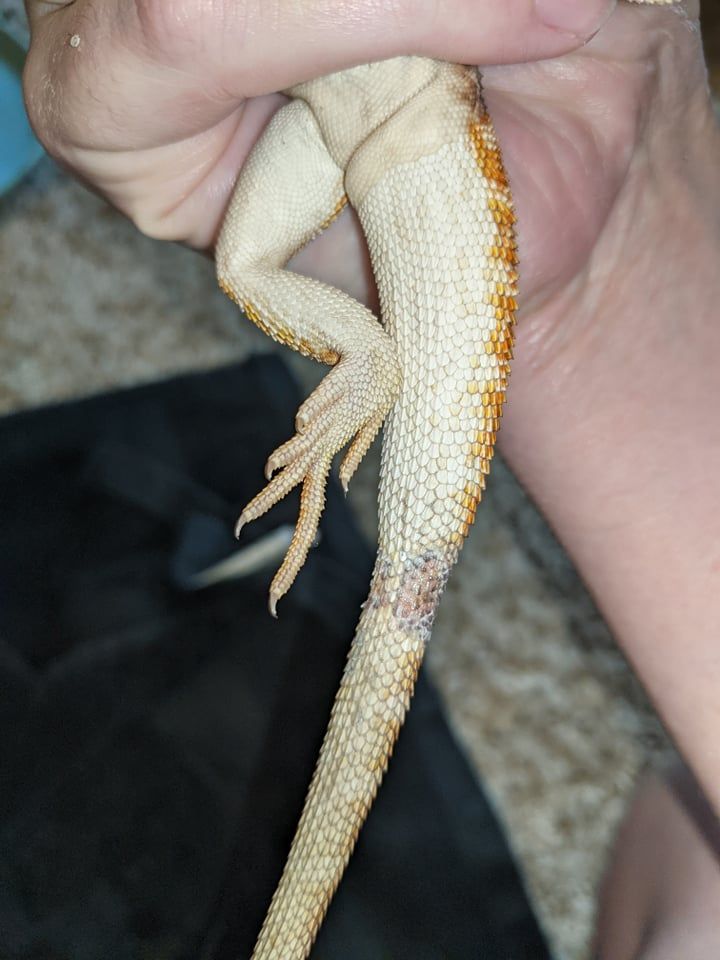 He had a weird sunken area on his tail June 7 that went away after a lukewarm bath. The breeder wasn't concerned after it went away but she originally thought it was kinked or fractured from trauma. On 6/14/21 I noticed he had shed still on his tail but it wasn't constricting his tail and looked similar to the beginning of his shed on his head and body. On 6/17/21, I noticed it was constricting him and messaged his breeder about stuck shed. I took him to the vet this morning as soon as they opened. He had soak and stuck shed removed, betadine soak for 5mins with neosporin applied night before the vet visit.

Before soaking and brushing: 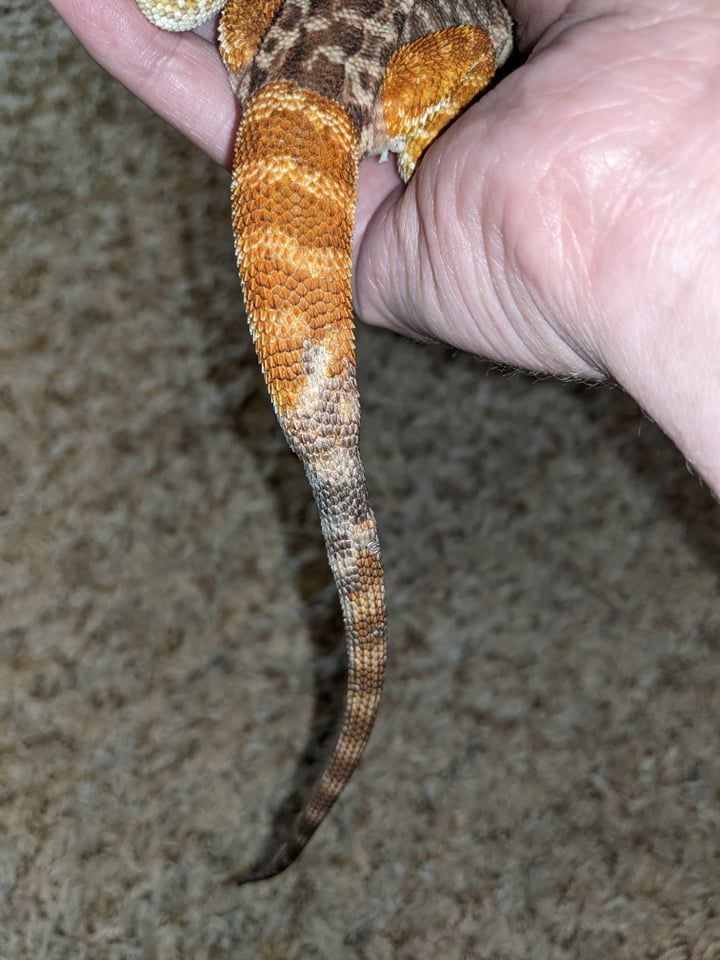 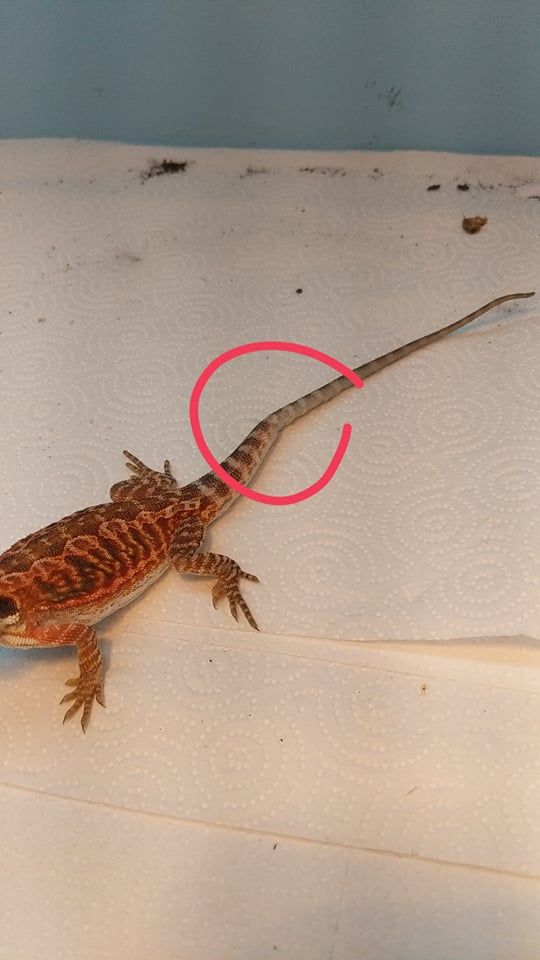 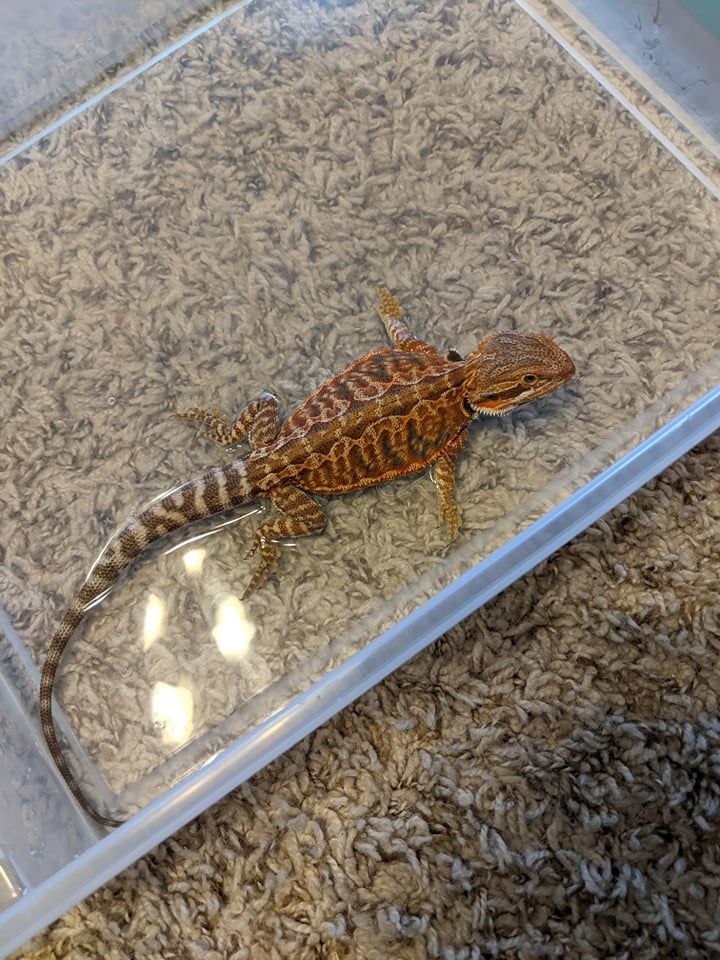 Staff member
Moderator
Unfortunately I would follow the vets advice on this one.
Is he still on the antibiotics?

It looks pretty obvious that after the wound, that part of the tail isn't getting the same blood flow/nutrients as the rest of the tail. I would amputate it to be safe. Once the antibiotics stop, that area will still be dead flesh and if it doesn't shrivel up and fall off on its own, it will just get reinfected and you'll be starting this process all over again.

How did the injury happen in the first place?

Original Poster
He just started the antibiotics Friday. He boarding with them while I'm out of the state.

I'm unsure how his injury happened where his tail was sunken in on June 7. He doesn't seem bothered by any of it and still uses his tail freely. It was healthy tissue when I removed his stuck shed. He regained blood flow to the area within few hours. I accidentally made the betadine soak too concentrated adding to the discoloration.

The vet said it was beginning of tail rot from his injury. The tail still very flexible and none of his distal tail his damaged. Only the localized area according to the vet.