Super active Draco who seems to despise all boundaries…

For the past week or so he’s been VERY active in the am, particularly after his morning poop. He’d wake up and warm up, then start doing parkour all over his tank making huge noises. He learned that bumping his nose against the plexiglass is a good way to attract attention

He also swat the spy cam and made it face the wall two days in a row. Too smart for his own good…

When I let him out, he’d run straight to the balcony doors and try to get out. Today he scratched and bumped his nose into the balcony door for twenty minutes. So I let him out (which I don’t normally do cuz he manages to find the dirtiest corner), and he started scratching at the walls! Draco just seems to have an issue with the concept of boundary. Is he alone in this?

After his lunch (around 1pm) he usually calms down and basks. I can see his eyes just get droopier and droopier as the afternoon progresses, until he can barely keep them open at 5:30pm. Until now his energy levels been consistent throughout the day, but lately he’s absolutely insane in the morning then gets sleepy early. I suppose it’s a teenager thing? He’s 15 inches and a bit over four months.

Anyways here’s pics of him longing to get out, then crashing in the afternoon: 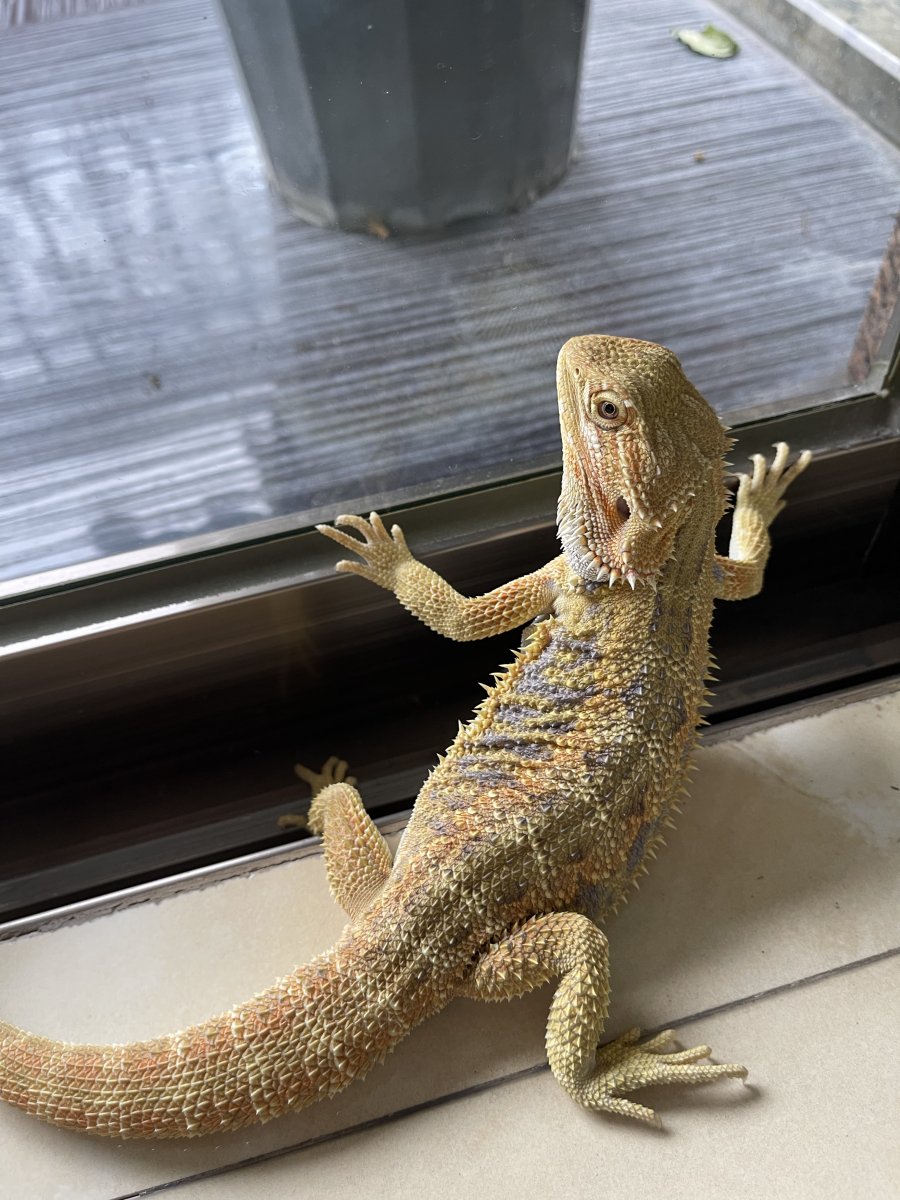 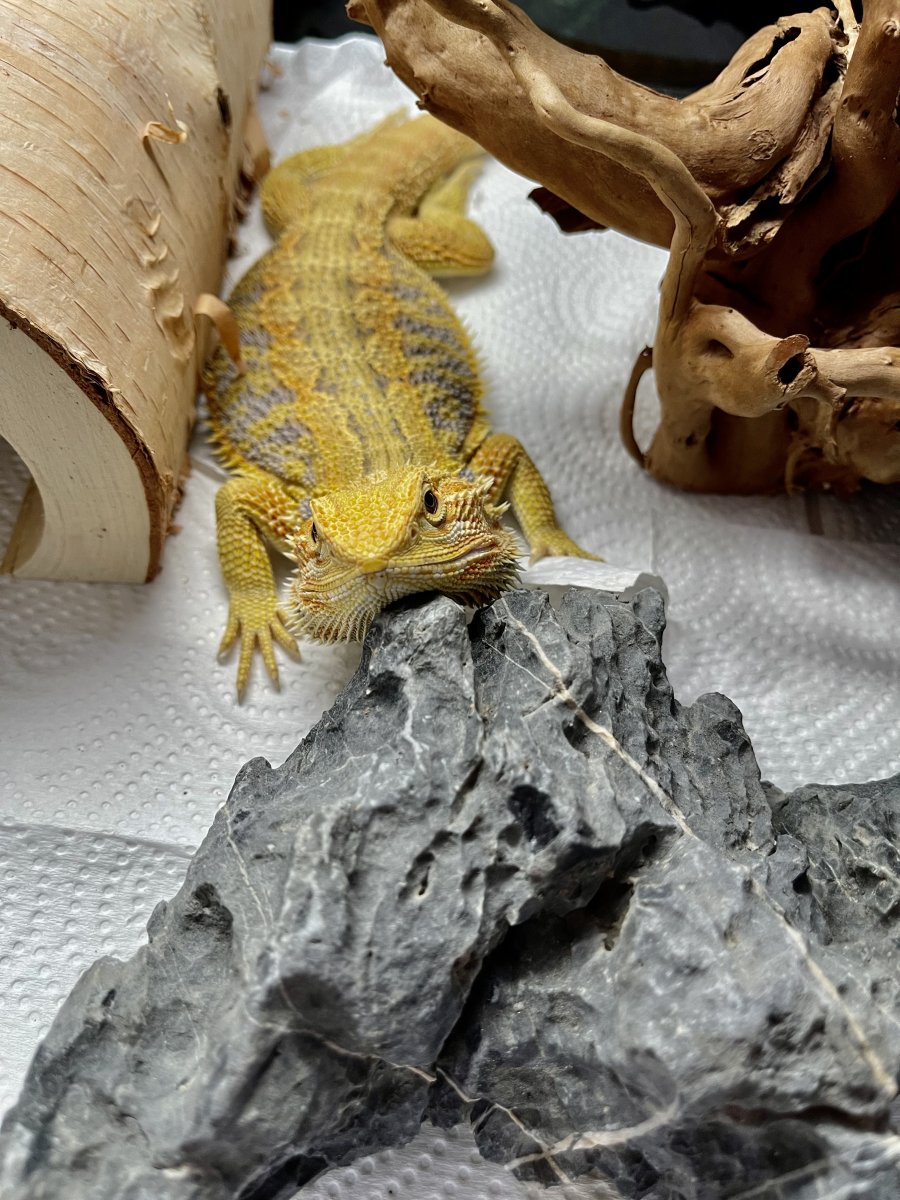 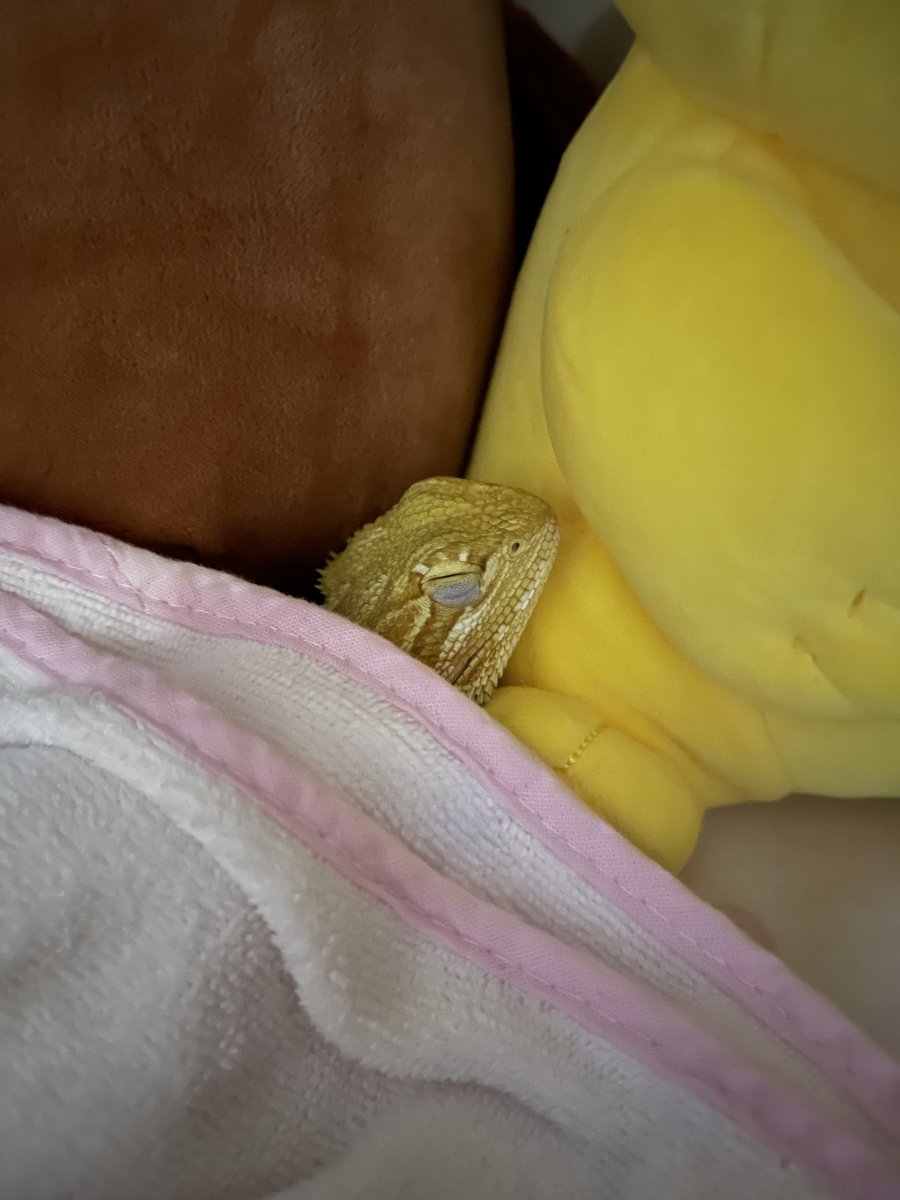 He is a beautiful beardie. I think they get bored and just have energy to burn. He should calm down as gets older, but your going to miss this when he does.

xp29 said:
He is a beautiful beardie. I think they get bored and just have energy to burn. He should calm down as gets older, but you’re going to miss this when he does.
Click to expand...

Yeah it feels like he’s always looking for somewhere to climb, something to eat lol. I’ll try to cherish his shenanigans