Hullo!
I know this is a bearded dragon forum but I decided just to throw this problem out there. My sister's leopard geckos Lizzie and Caleb have been acting weird lately.We already know Lizzie is pregnant (We are going to separate them as soon as we can) Our problem is that they won't eat. It has been a few weeks now. We have tried force feeding wax worms, meal worms, crickets, we even tried dried phoenix worms (they wouldn't touch those) So they are getting progressively thinner. Then, this morning, we noticed that Caleb wasn't moving, and when he did he was really shaky and kinda dragged his legs sometimes. We are going to try to find a herp vet but do you guys have any ideas.
A

Sorry to hear about Caleb. Can you post pics of them and pics of their set up ? Here's how :

https://www.beardeddragon.org/useruploads/ Then use the XIMG to upload them

What are the temps. in the tank and do you use calcium ?
A

Original Poster
Lizzie just laid her eggs. We thought she would eat now that she laid them but nothing. Their tails are very thin, not stick tail thin but still thin. Caleb I think with dragging his leg is because he is weak. We have tried everything. The warm side of their tank is 85. Cool side 78. They seriously have not touched food in weeks. Lizzie ate one meal worm when we wouldn't let her spit it out. I said they need a vet visit but my mom said it costs more than they're worth.If it were serious enough though we might be able to convince her. We are thinking about trying butter worms.I think they might be too weak to hunt, though.
A 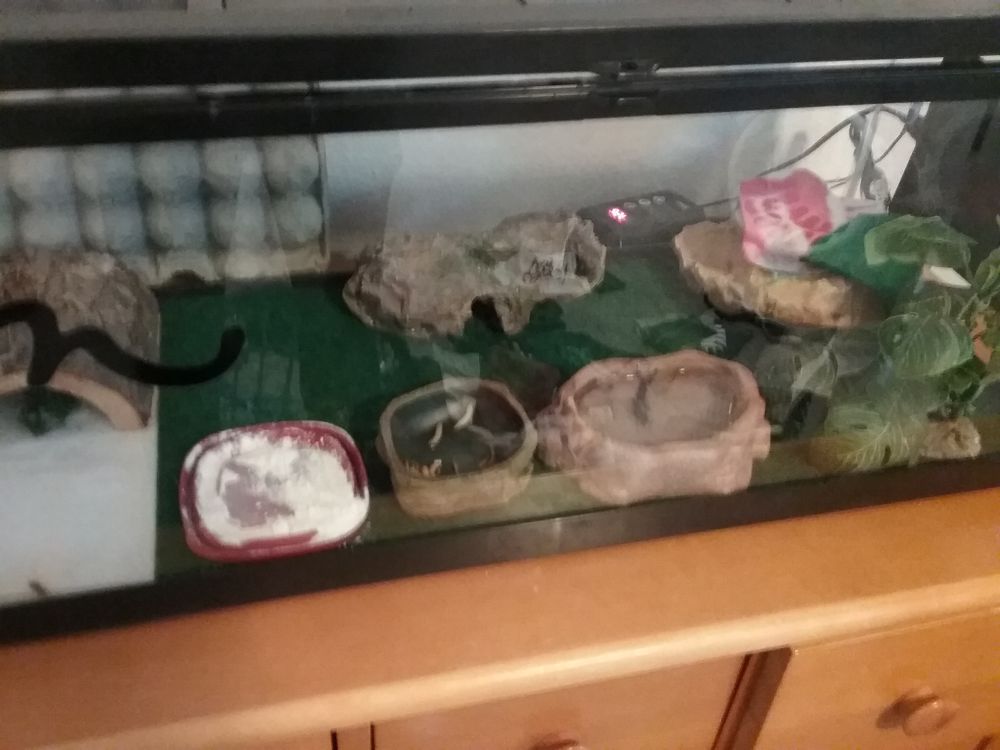 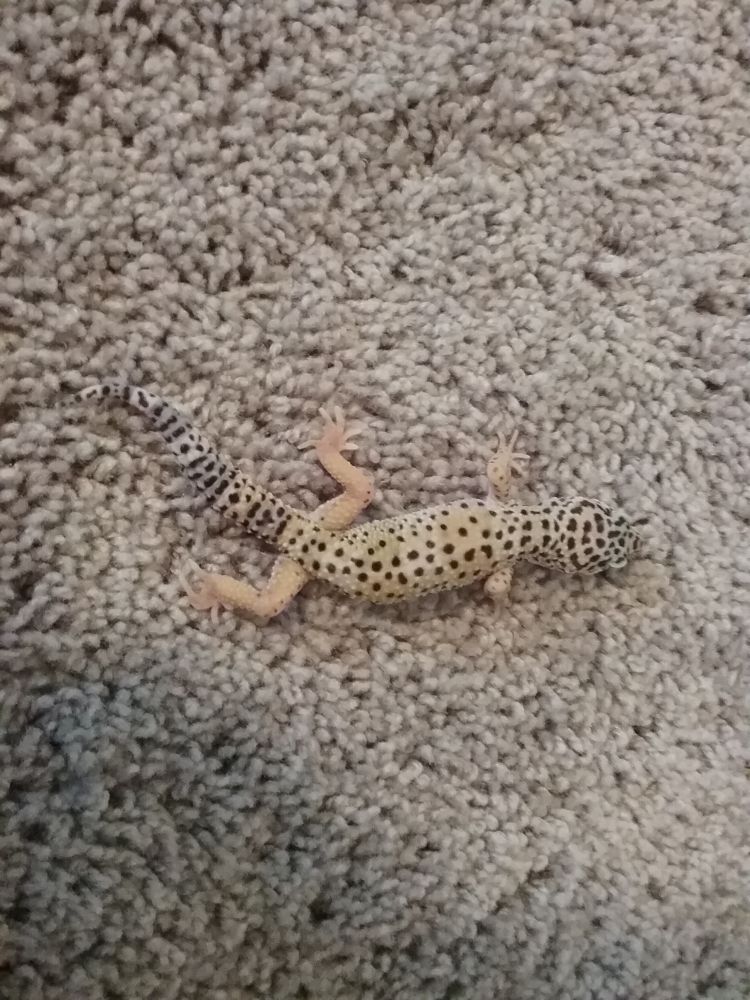 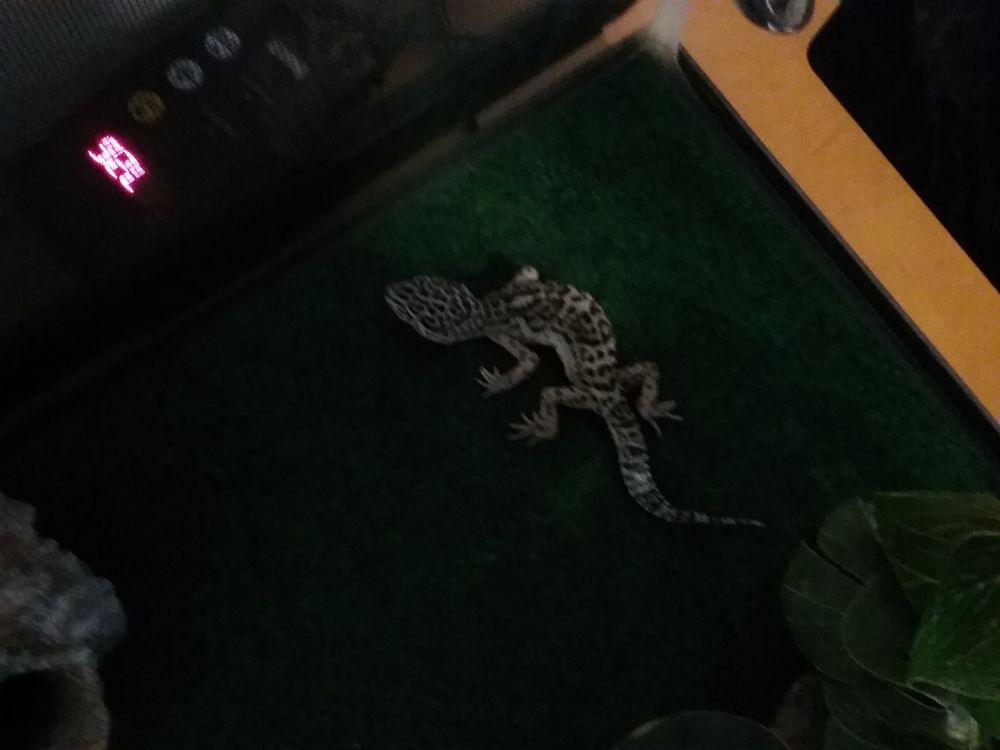 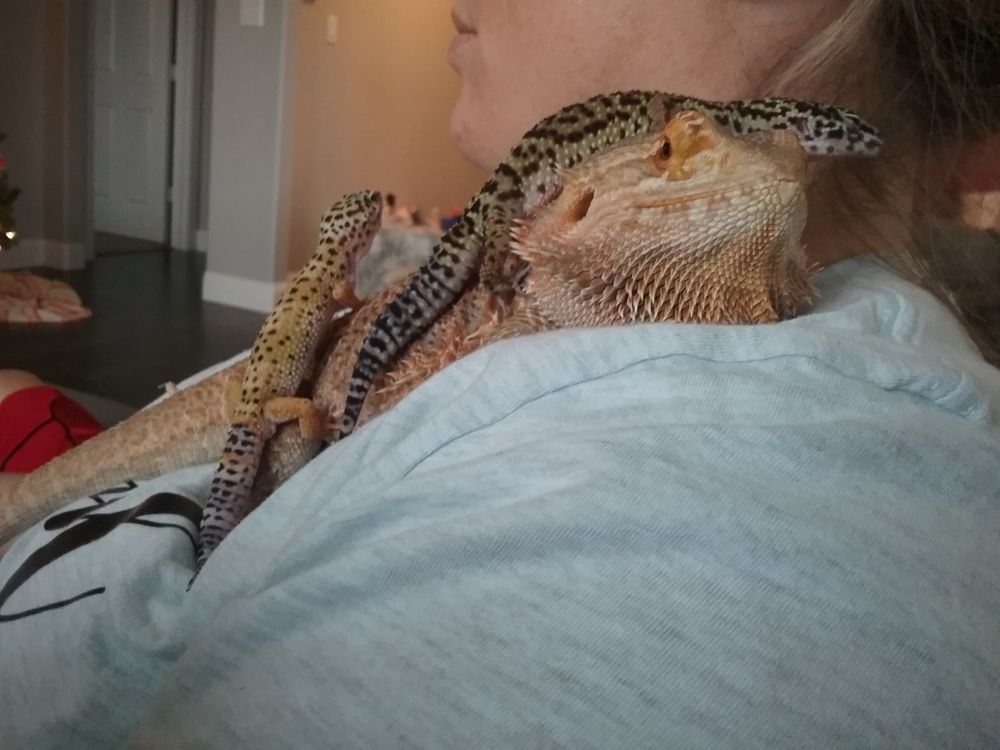 Both if them when she first got them. That is my bearded dragon Cody.

Both if them when she first got them. That is my bearded dragon Cody.
Click to expand...

Hello, Just to add, Please never let your Leos or any other smaller animal near your beardie because bearded dragons will most likely try to eat it, Which could damage both the dragon and the Leo, So please Never let them near each other.

That and If a Leo is in the presence of a Much larger than itself animal It greatly stresses out the Leo so please in the future, Do not let your leos and Beardies near each other please.

as for the Symptoms, They could be suffering from a calcium deficiency, especially since Lizzie just laid eggs, How often do you feed them calcium and do you have a little cup of Calcium for them so they can lick up some when they feel like they need calcium?

I would recommend checking out this channel, it has some really great care tips and Many Articles on how to care for Sick Geckos, I would Highly recommend that you check out Leopard Gecko's channel. https://m.youtube.com/user/leopardgeckotalk

I hope your Leos get well soon!
A

Original Poster
She got Lizzie to eat! So, that's good. They have had a lot of calcium, my sister puts it on their worms, there is a little cup in their tank, or more, a plate, and she sprinkles it on their lips sometimes and they lick it off. So, the pregnant one is doing WAY better. Caleb isn't though. Why is he acting weird when he started all of this? Also, with the bearded dragon, I didn't know they stressed them out . I'll keep them apart . Cody has never tried to eat them, though. She just ignores them. And they like her. They climb on her back and snuggle between her legs. But if that could be part of the problem, we will keep them split up. We are currently keeping the two eggs in a small Tupperware on eco earth with a warm paper towel on them because they were starting to sink in. For now, we have them in a hidden spot near Cody's basking spot since it is the warmest place in the house. If we are doing it wrong, please tell me! The eco earth kinda has to stay though, since my sister bought a huge bag and my mom won't let her buy anything else.
A

Offer them some crickets more often than mealworms but disable the crickets a bit by shaking them up in a jar until they are wobbly + weak. Do you have heat pad under the tank ? There should be at least one area in the tank that gets to 92-95 degrees.
A

Original Poster
Yes, that's a good idea with the crickets. Lizzie doesn't like how they grab her face (who wouldnt)
They have two heat mats because the first one they got was too cold. They work together to make it about 85 degrees. One is on the side the other is on the bottom. We are going to split them up because we think he is stressing her out AND they are 8 months and they already laid eggs. So...........
But yeah we will try the cricket thing!

Staff member
Moderator
Moved by Moderator from Off Topic to Geckos

Yesterday at 9:41 AM
AHBD
A
F
Looking for support- Lizzie passed away