I have a savannah monitor who is 2.5 years old and 10 inches long. When I first got him, I had the really wrong information and didn't care for him as well as I have recently begun to. He also wouldn't eat very easily, and I would have to put food in his mouth for him to eat it. I know a 2-year-old savannah monitor should be around 2 feet, and he's half the size. How do I get him up to a higher length as fast as I can while still keeping him his healthy, happy self? Thank you. I know that this is a bearded dragon website, but I know this is a good website with knowledgeable people and I want him to be the right size and healthy.
A

Original Poster
I got her at a store. Yes, she's a female. Sorry, I said he, I thought for the first year that she was a boy and I still accidentally call her a boy sometimes. Her highest basking spot is 125 degrees, graduating into 110 at her lower basking spot, and her cool side is 75 degrees. She's eating crickets, super worms, nightcrawlers, and dubia roaches usually. I give her hornworms, eggs, raw chicken, and mealworms sometimes. She doesn't get a lot of rodents, but I do give her a pink/fuzzy mouse (her size-changing) every half-year along with Repashy meat pie and dry food every couple of months just because she likes it. I began this regime for food half a year ago, when I began to search out more sources and found out that my feeding was wrong. She's grown faster since I began this. I'll post some pictures in a bit, soon as I can. Her enclosure is 75 gallons, and when she grows bigger, her eventual cage will be 6*3*3 with a foot or a foot and a half of substrate. Right now, her substrate is 6 inches deep, and because of your suggestion, I'll buy some more today so that her substrate will be deeper. I've actually been planning to make her substrate deeper, but have never gotten around to it. I'll get more today. She lives with her "sister" Pallie, who is 15 inches long. She's a bit small, too, but Lili Ann, the one I've been mentioning, is really too small. They have never fought and get along perfectly without nipping, biting, etc. The second they fight, I will separate them, but as they've been getting along for two and a half years, I feel confident they will be fine. I'll happily change anything as soon as you tell me because I'm really mad at myself for following a wrong source for so long and not doubting it. I really just want them to be healthy and happy. Thanks, 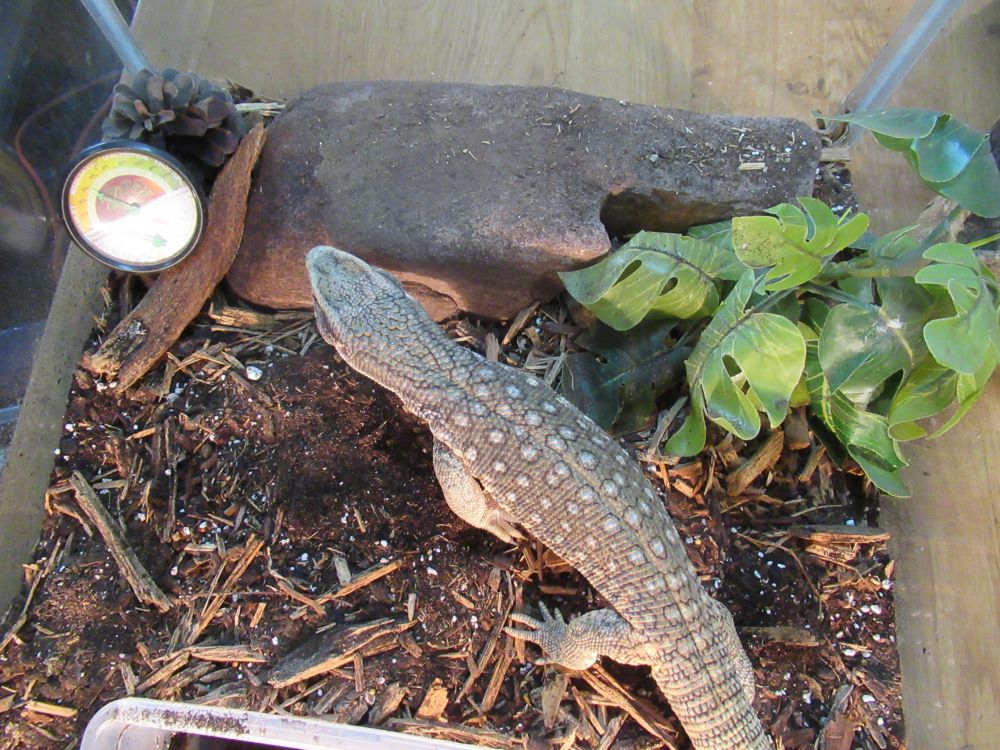 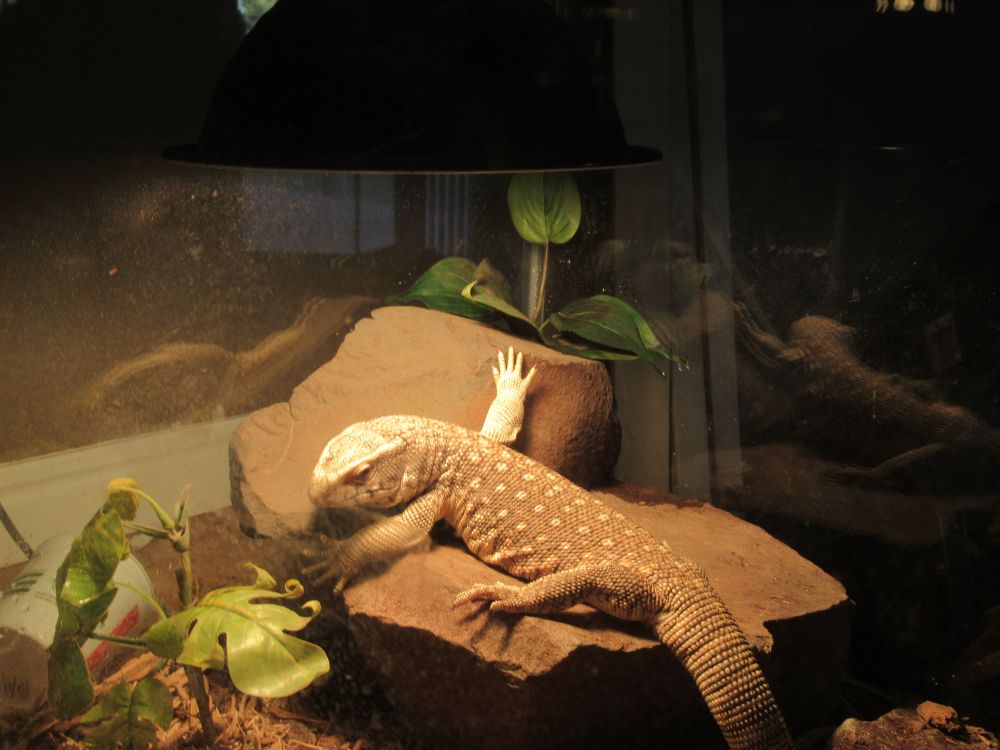 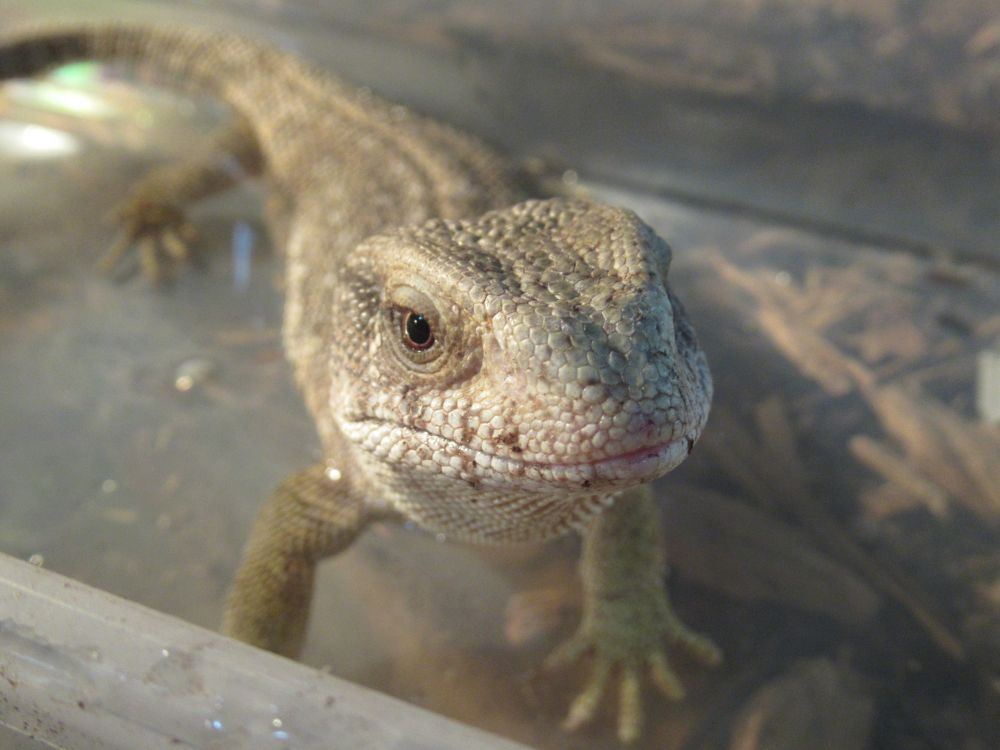 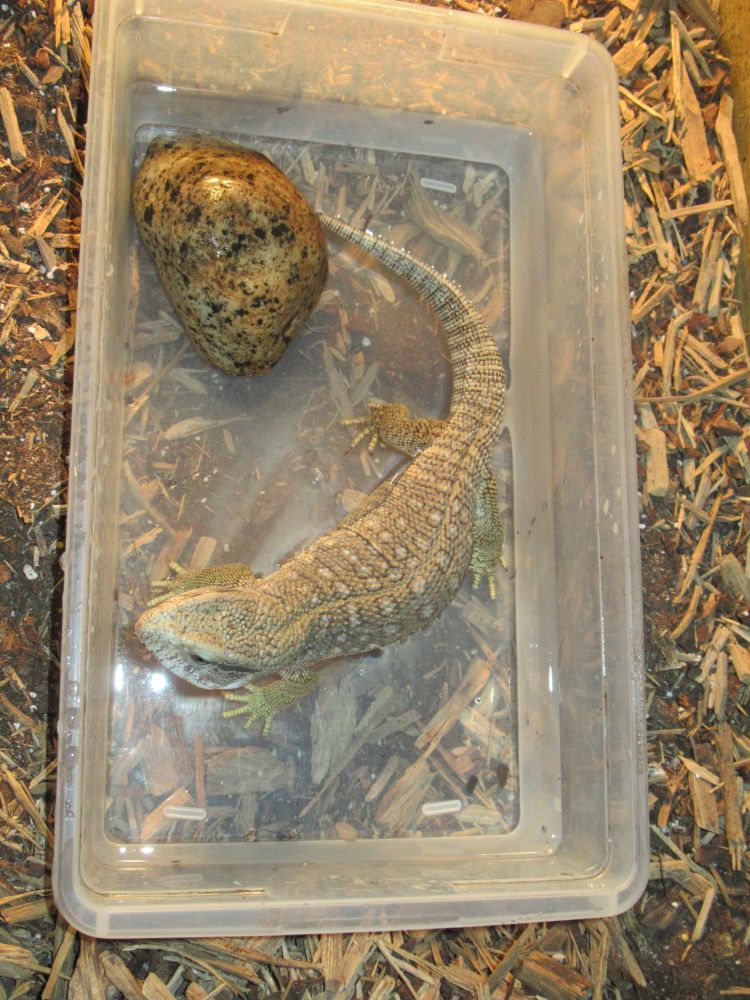 The first image is of her cool side of the tank. Pallie, her roommate, photobombed it.
The second image is of her basking spot, which she is on. Her arm looks weird in the picture, but she was just moving it and it's blurry.
The third picture is of Lili in her water bowl, which is big enough for her to 'swim around' in it.
The fourth picture is of her water bowl with her in it. The rock in there is just something I put in there so she could get out easier. Yes, she can get out without it, but it just makes it 1000 times easier for her.
A

It sounds like your husbandry is pretty good but adding topsoil will make it better for sure. Problems though, the tank is too small and they would be best off separated. Diet sounds good and despite being small they look healthy. Too many savs are obese , being fed an improper diet. I'm not an expert on these guys but there should be a few good sources on Youtube like Clint's reptiles.
S

Original Poster
Alright, I will definitely add topsoil. Any particular kind, or just generic? I would be able to upgrade their cage around Christmastime, would that be okay? I'd build a 6*3*3, and add a foot and a half of soil. I would rather they not be separated, as they've been fine together so long, but I'll separate them if they begin to fight.
A

I'm sure that another month + a half is fine in there. Topsoil is just plain with no additives like fertilizer.
S

Original Poster
Okay. Right, I'll get that. Thanks!