Recently i adopted Mango (beardy) as the previous owners were not experienced enough or able to take care properly for mango, the gums down on the right are colored brown/ yellow, an abcess has formed on his bottom jaw, and after feeding food gets stuck. His mouth condition was much worse, his mouth was slimy and i asumed dried pus (cheese like, off white yellowish) also when you looked into his cavity i saw white/ grey/ yellow marbled pattern and firat believed it was bone. 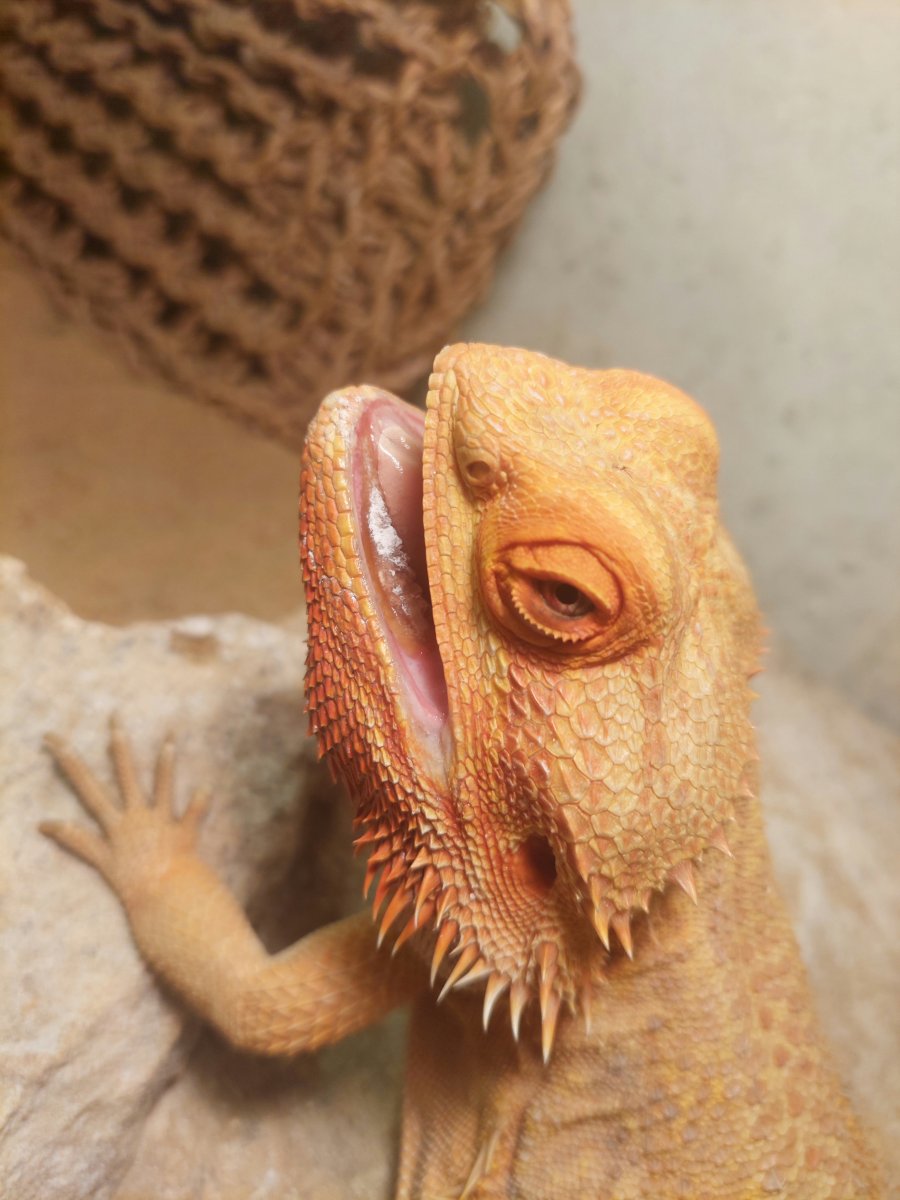 (The white stuff is calcium powder)

I started flushing al the residue out after his meals with a needles syringe which resulted in some improvements, after deepdiving into beardie's mouth diseases i gained knowledge about mouth/ dental problems and started to clean his mouth with diluted betadine and again with positive results. I was unsure and couldnt find any information which product was better to stabilize the condition of his mouth, Betadine or Chlorhexidine, it took me days to find Chlorhexidine withouth any additives or alcohol. I finally got a bottle 0.12% solution but I'mwondering which product i should use, or should i mix both (leared it was safe for humans).

Chlorhexidine has a rather quick onset in killing bacteria in comparison with Betadine, Betadina however has a much longer effective duration. Another idea popped up, and i could dilute the Chlorhexidine 1:1 resulting in 0.6% which is about the the lowest dose while still having some effect. After feeding i could flush his cavity with the 0.6% Chlorhexidine to remove any build up, slime and pus, then 2 hours before his lights go out i could gently brush his teeth with diluted Betadine on cotton swab.

I wonder your opinion on each product, mixing them, use them separately as i suggested previously or any other strategy?

P.s, we will visit a vet soon

Tracie is the vet tech here, she’d be best suited to answer this I’ll tag her.
@Drache613

Dinky26 said:
Tracie is the vet tech here, she’d be best suited to answer this I’ll tag her.
@Drache613
Click to expand...