Hello! I’m Katy. This is my baby, Astrid. I’ve wanted a bearded dragon since I first held one in a pet store while in High School. I’ve done so much research since. My brother was going to give me a beardie a few years ago that he was helping a friend rehome. But my ex wouldn’t let me get it. Fast forward to a few weeks ago, he had to get rid of this baby because his cats were aggressive towards her. And he was terrified they’d hurt or kill her and they prevented him from having her out of her tank. So I just aquired her a week ago last Saturday. My boyfriend has a couple of dogs and they pay no attention to her. Which is a complete turn around from how much they mess with my rabbit. ? 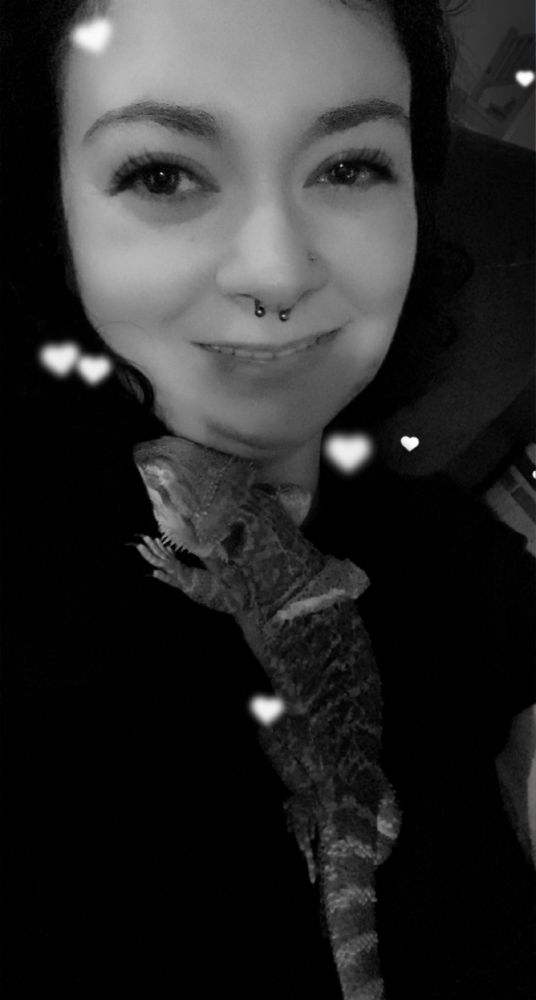 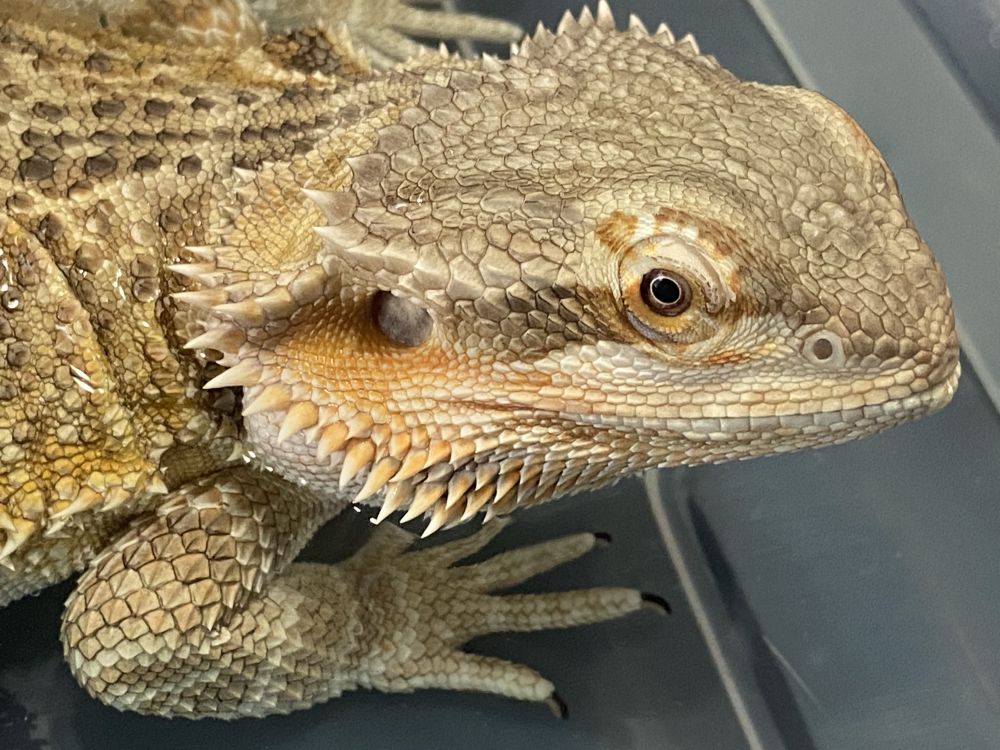 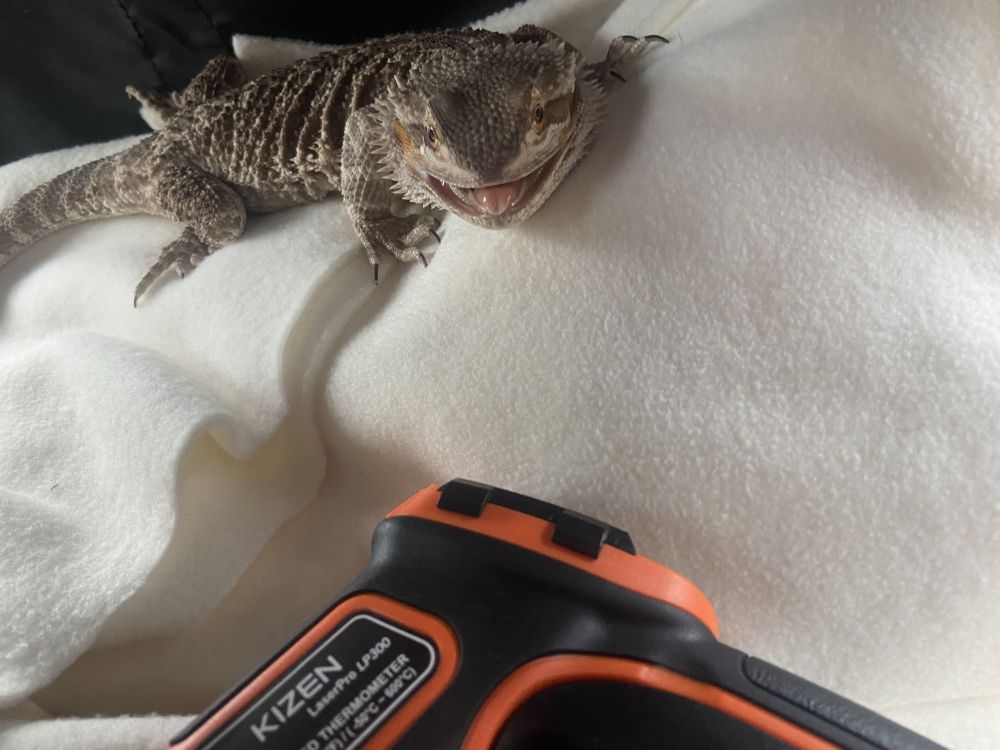 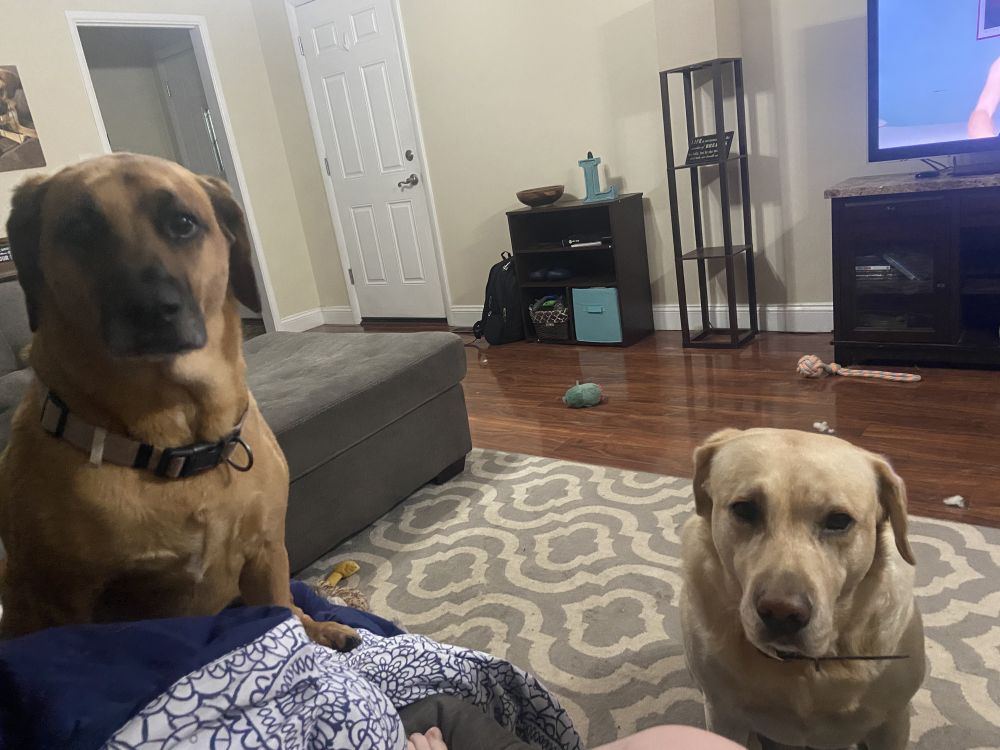 Original Poster
Oh, for sure! I don’t have her out around them for long when I do. And when she is out, she’s cuddled up in my neck like the one picture! Her baths are also given out in the dining room (we don’t use the dining room for anything). And they just ignore her! But thank you! They’re all pretty cute ?

And thank you! I appreciate it! I think so far I’m doing well on setup! She’s already been to the vet for a “clean bill of health” but also for impaction because she was eating crickets and one became impacted. So I don’t think I’ll ever feed crickets again. Cause I literally had her for 2 days before she was having abnormal poops and not acting herself. Thankfully I cleared the impaction with belly rubs in the tub. But I still wanted to make sure that was the only thing going on. Thankfully, even though she was technically a new patient, my vet (who also sees my rabbit) was awesome enough to have me drop the dragon off and she worked her in in-between patients. She has acclimated to her new life very well other than that though ?