My bearded dragon has slowly stopped eating. She’s no longer eating her insects, she’s never liked greens (I tricked her into eating them), but loves blueberries… She has lowered her liking for blue berries too which means she won’t eat her greens. She’s active and goes outside daily. What should I do?

Collard greens + other leafy greens, mealworms, carrots, and blueberries are what she usually ends up eating. We also have dried food in her tank which she occasionally eats.

Yes I know mealworms aren’t the best. When we tried crickets, she did eat them but they left small bugs in her enclosure which I didn’t want to pose a threat. She also wasn’t that interested in them but ate a few. Then we tried mealworms which she loved. We moved to super worms because they were bigger, but once she lost interest we went back to mealworms. She eats about 8-12 a day. Now she isn’t eating and I’m worried. I would move to Dubai roaches because they’re said to be the best for beardies… But I can’t persuade my parents to get the, because they don’t want roaches in the house. Help!
K

KarrieRee":2k0xvhgk said:
Please go over the lighting and basking temps ---- NO coils for UVB --- NO colored bulbs -- basking temps need to be taken w/ a digital probe thermometer --- these things I have asked about are the MOST important things in the tank ----
Click to expand...

KarrieRee":uil30rhd said:
Please get a bright white -- no off colored or yellowish bulbs-- what about the uvb+ they will quit eating if the uvb is incorrect they won't be able to absorb / synthesize the calcium he's getting
Click to expand...

I’ll try to find one! I take her outside everyday for about an hour. Her UVB is a white bulb that isn’t a coil.
K

Is it a long tube? If so how old and I need to know what brand and bulb T 5 or T 8 this makes a difference distance and placement is crucial

KarrieRee":2i6e7tb4 said:
Is it a long tube? If so how old and I need to know what brand and bulb T 5 or T 8 this makes a difference distance and placement is crucial
Click to expand...

No it’s not. I’m looking for one though, any suggestions?
K

KarrieRee":27c8h09c said:
Please show me what your using- post a pic of it-- top of page look for user image uploader in banner- down load then click on ximg at top op message box click on the pic it should post
Click to expand... 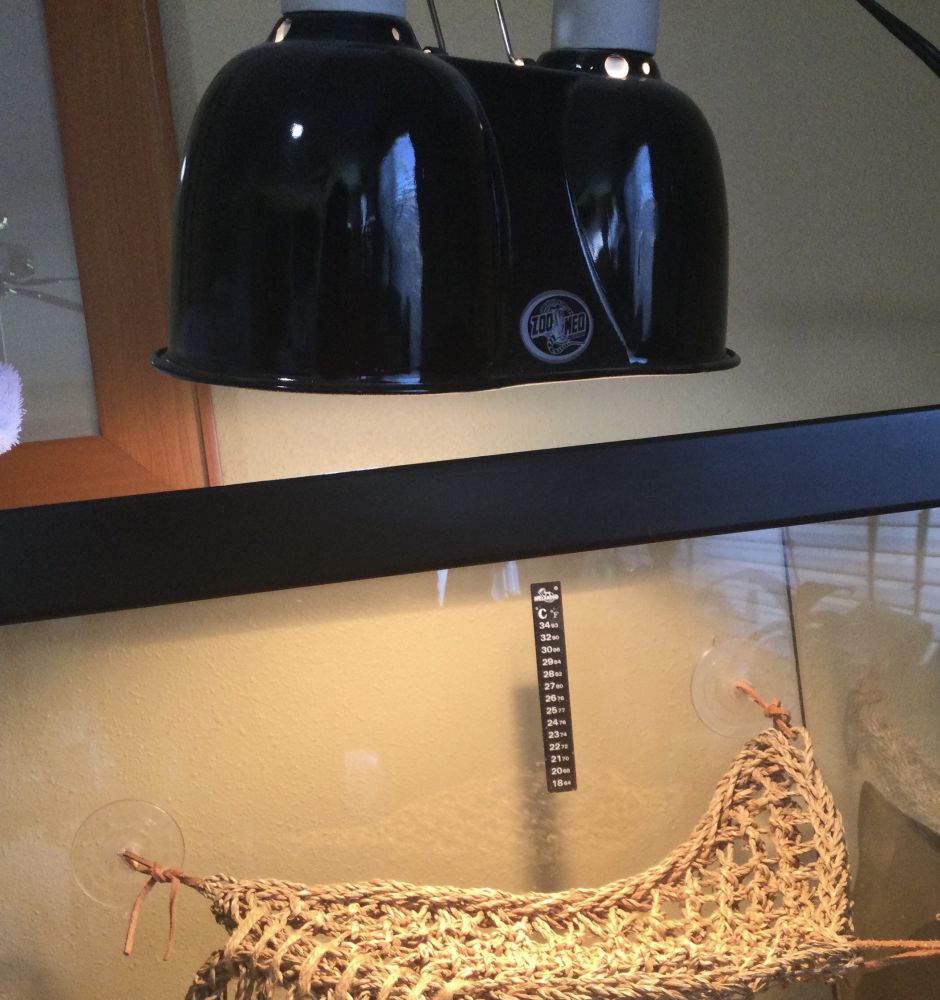 This is an older picture, but the set up is the same except I moved a better thermometer in there. I don’t know if I still have the bulb boxes, but if you need them I can look.
K

Need a pic of those bulbs please

KarrieRee":1nsyhbkl said:
Need a pic of those bulbs please
Click to expand...

Okay, I might need to send them later because I have something to complete. I’ll try to get them as soon as possible.
E

herald":2z86vtzw said:
when was the last time they pooped they could be impacted and my beardie sometime stops eating when that happens if it has been awhile since they pooped if there impacted try olive oil then belly massage and then warm bath for me this works every time

My bearded dragon poops regularly. Usually in warm water, she pooped a few days ago.
E