A few days ago, I got an 8 week old Rankins dragon. He weighs in at a whopping 3 grams ?. 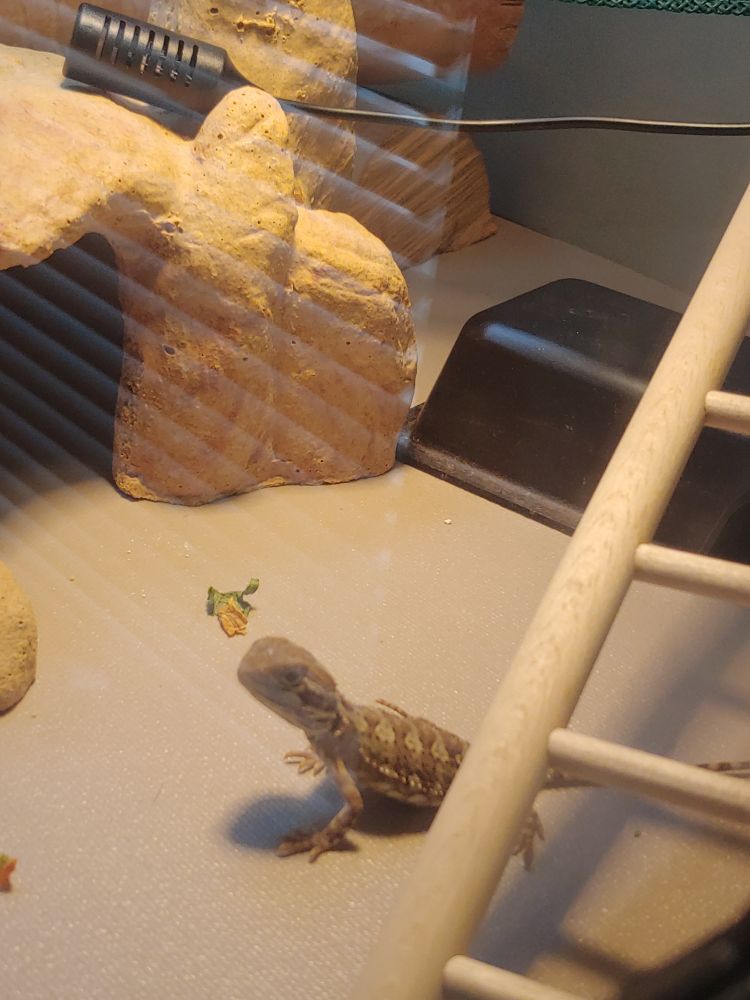 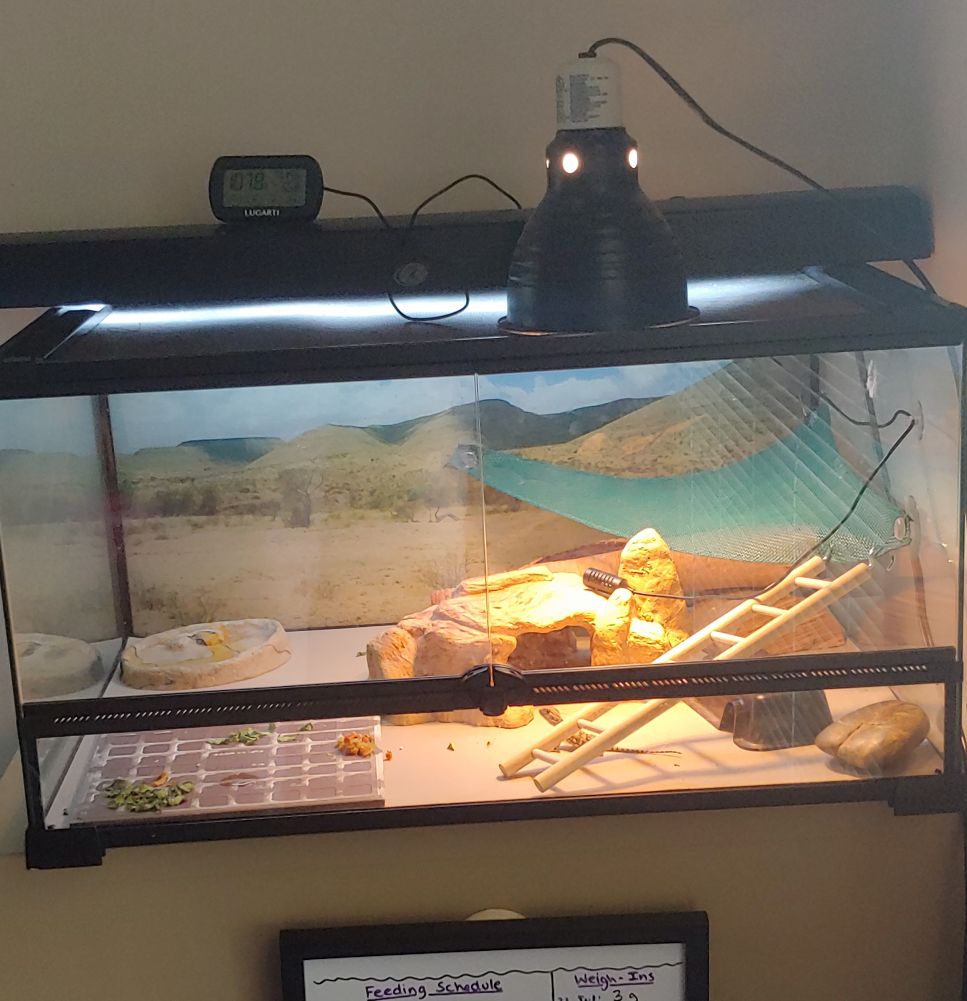 I currently have lighting as follows: basking lamp over the rock cave, which gives temps of 105-112F (monitoring this, if it goes any higher I'll raise the lamp). Cooler areas are 75-85F and nighttime temps are 65-70F. The current UVB is a 36" T8 fixture with bulb, which I know is not optimal.

I bought a 24" T5 fixture with a 5.0 T5 bulb at an expo (Hooray for expos having great deals) yesterday, and want use that instead. I'm aware that a 10.0 T5 is better, which I will switch to once he's in the larger enclosure, but for now, his tank only has 12 in. depth and I don't want too much UVB.

I'm planning on angling the new fixture across one side to create a UVB gradient, but I'm not sure how far away from the basking area it should be! The top of the basking rock is about 6" away from the screen top. I'm going to move the hammock to the side not under the UVB, so I'm not worried about the distance with that. The light will be above the screen, and I can raise it as high as needed. Can I just place the fixture on the screen or should I raise it higher?
K

A
Help setting up my UVB hood