Hi my red morph bearded has been displaying behaviour that has been scaring me I got him on the 30th of August and he has shed at least 3 times and about doubled in size I would powder his crickets with repti calcium and he has a nice uvb bulb and his basking spot is about 105 lately he has been just sleep all day. But it seems like he has lost alot of weight since the 29th I've changed his food back and forth from crickets and wax worms he usually loves the crickets and chases them around and eats about 3 or 4 at a time although sometimes I will find legs in his tank it's like he doesn't like them. He was energetic and enjoyed getting attention from me and coming out of his cage in a bearded burrito and he would even watch me play PS5 while in his tank. Now he has just been literally sleeping all day every day at one point I changed his decor but put the original he was used to when he started having problems. Now he don't eat hardly at all and looks very skinny. A day ago he had a little bit of blood in his poop. But also ate a single cricket I read to try giving him pumpkin puree with warm water which he will eat a tiny bit of then promptly ignore it completely after sometimes he still likes being held and will grasp on my fingers and sometimes he trys jumping as he wants back in his tank I've tried everything to get him back to normal and it's breaking my heart it's my first bearded and I'm totally in love with this little guy and will do anything to get him back to normal I dunno if I can afford a vet. Also when he poops there is mostly white with a little bit of poo in it it's not hard or chalky but I think I was spraying him with water too much as it was a bit runny only the white stuff not the poop so much. Please help here are pics below.
A 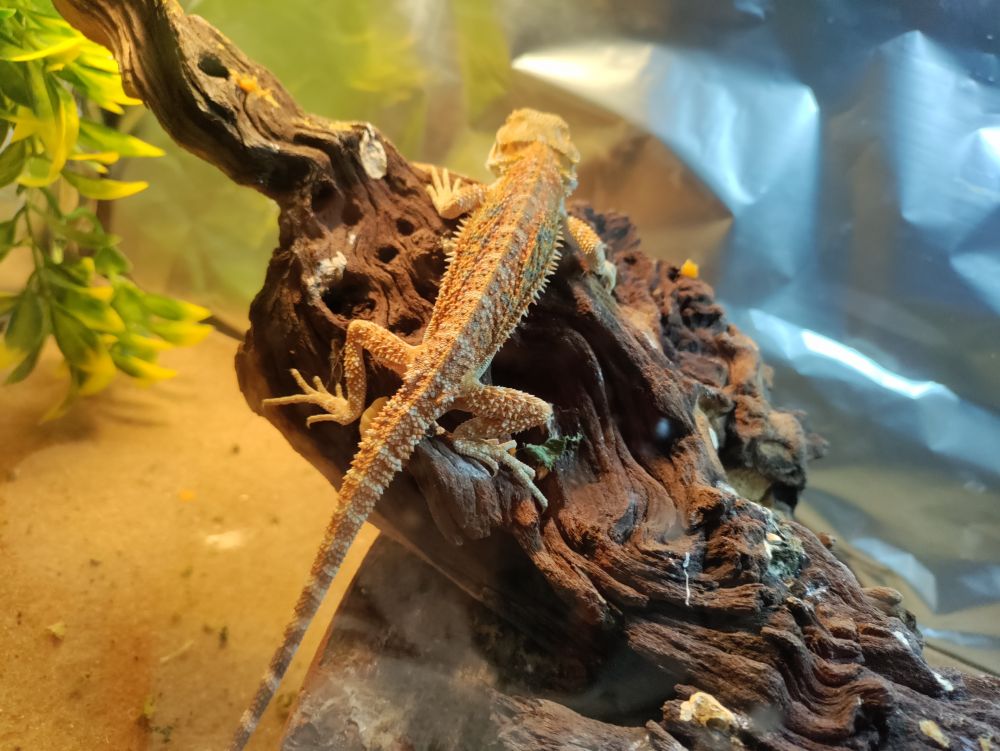 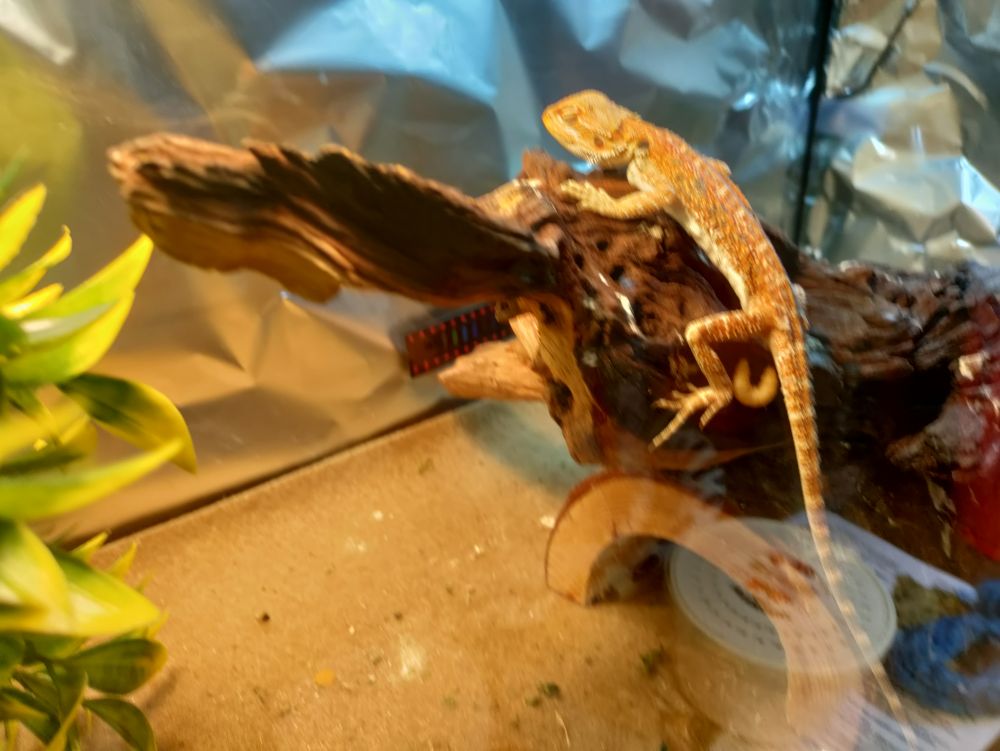 We need to go over basking temps and UVB --- basking temps need to be 95-100 for a juvie/ adult dragon he looks real young how old ? 105-110 for a baby--- UVB NO coils --- he needs a long tube fixture like a 24" fixture Zoo Med or a Sunblaster Nano - Arcadia Pro T 5 but they are sold out everywhere so I would go w/ the Zoo Med or the Sunblaster Nano - w/ a Reptisun 10.0 T 5 22" bulb for a 40+ gallon tank -- basking temps need to be taken w/ a digital probe thermometer NO stick ons they inaccurate ---- this needs to be fixed ASAP -- the UVB need proper placement and distance --- your dragon is losing weight and should be eating way more than he is --- he will not eat w/ out proper basking temps and UVB ---
https://hydrobuilder.com/sunblaster-nanotech-t5-ho-fixture-with-6400k-lamp.html?opts=eyJhdHRyaWJ1dGU5MDEiOiI2NjA0In0= 24" fixture
https://www.pangeareptile.com/collections/light-fixtures/products/zoo-med-reptisun-t5-hood?variant=26907425734756 24" this will come w/ a 5.0 bulb you want a 10.0 T 5 22"
https://www.pangeareptile.com/collections/t5-lighting/products/zoo-med-reptisun-10-0-uvb-t5
If you are replacing this please let me know when you get it so I can help you set it up
A

Original Poster
I had a feeling it was my setup. The PetSmart people are terrible. I'm gonna go get new fixtures asap today. I'll post as soon as I get the stuff.
K

Original Poster
I got a 40 gallon tank exactly the fixture you said I got two temp gauges and also humidity ones I notice that the humidity is too high any tips to get it lower? Hopefully I can get him better now
K

So you got the 24" T 5? Is your screen wide hole type- or fine mesh like a screen door? How high is the humidity and are you using a dial one?
A 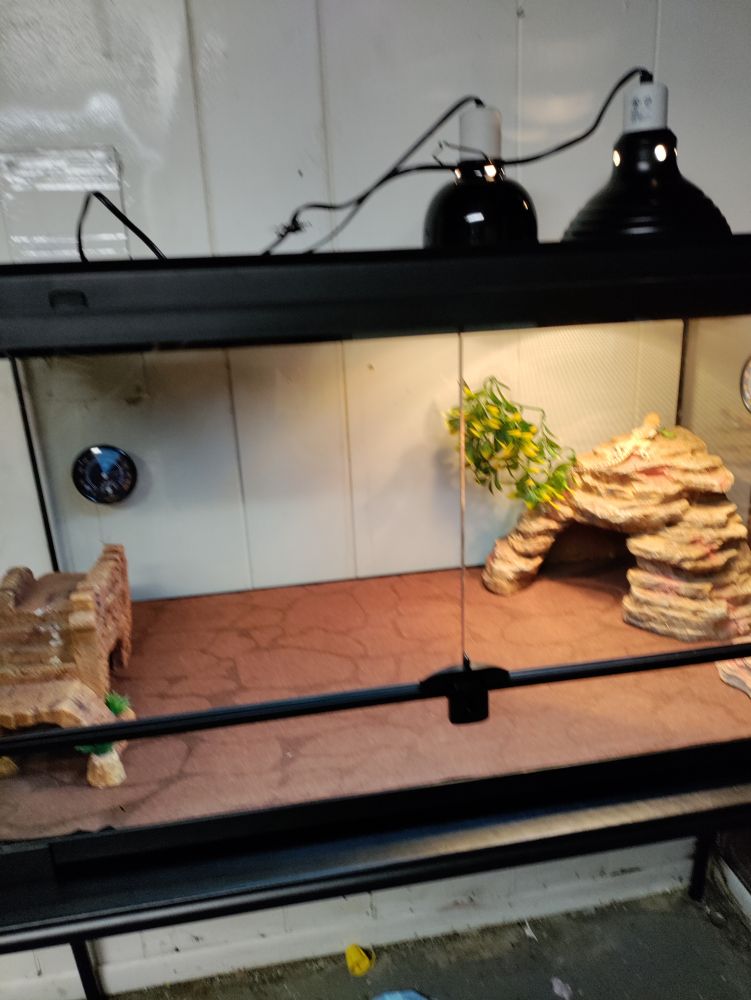 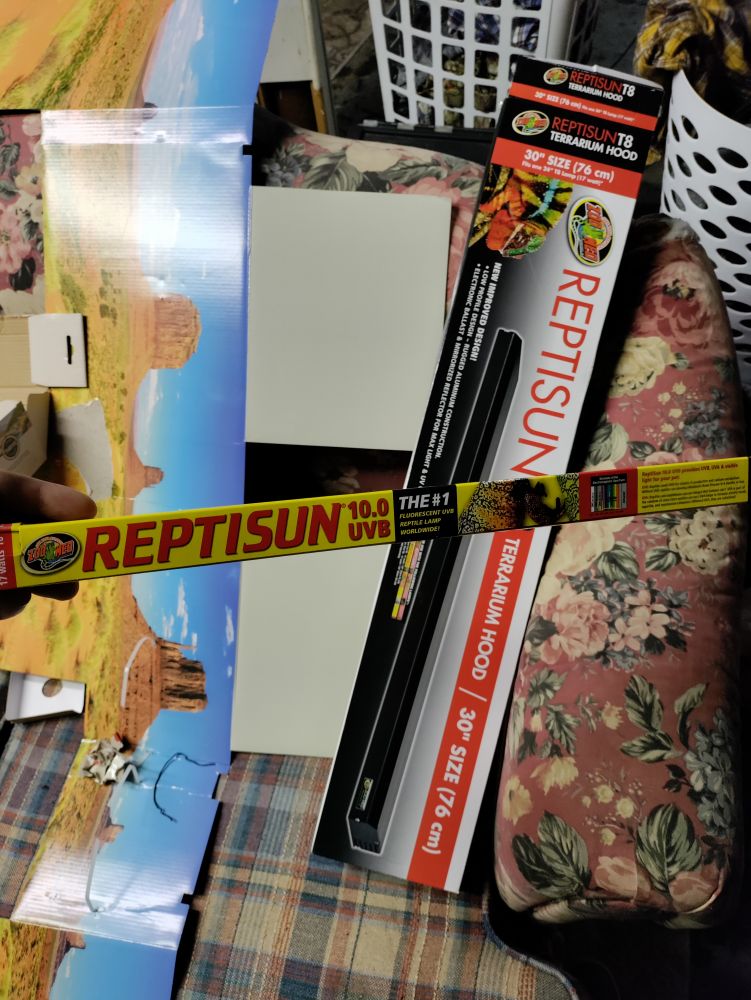 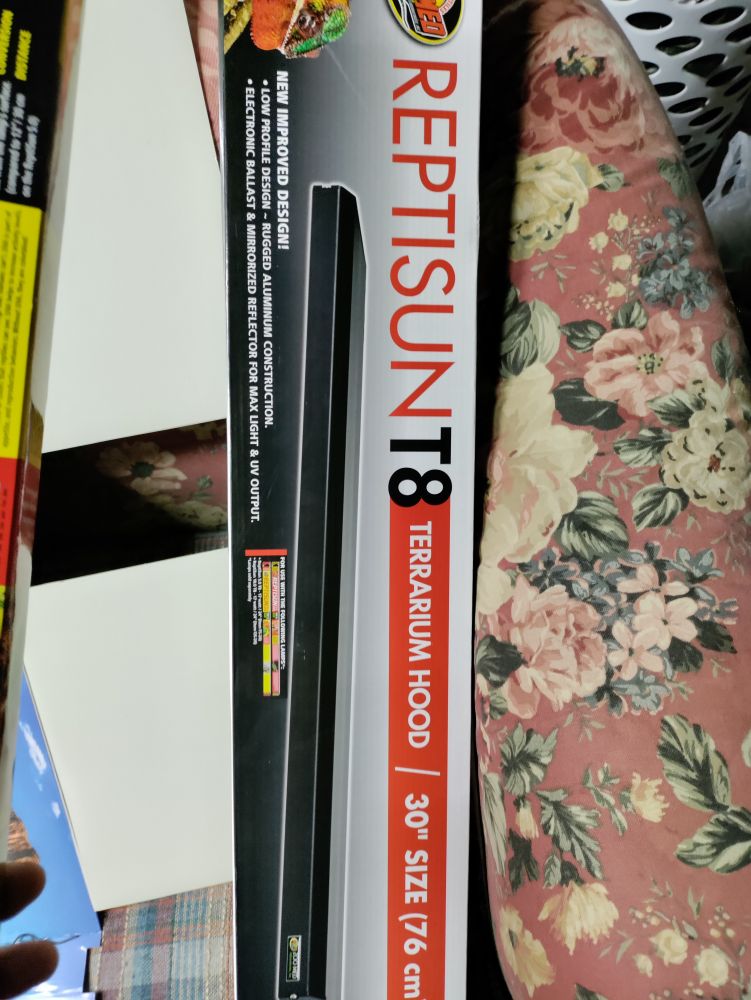 Original Poster
I feel bad it was only a 10 gallon tank :-( now he's in a big ass 40 and alot more open space and I got humidity down to 40 and lowering as we speak is there anything else I can do to help him recover?
A

Original Poster
I noticed him run around and check out his new house his black bears is faded back to normal and he even ate some greens!!
A

Original Poster
Should I leave his uvb light on for the night for him?

J
Seemingly sleepy 4 month beardie, could something be wrong?

Dec 6, 2021
KarrieRee
K
S
Something is wrong with my beardie’s back

T
Help! New Beardie Owner And I think mine is sick.
2