Kaida has been skittish

The last few days hes be acting oddly skittish all of a sudden. He more or less just finished shedding. But any time I reach in to do spot cleaning. He scoots away from me. Some times even running away. Even going so far to open his maw at me in one of my attempts.

Which has made feeding him quite difficult. As I currently have to put him in a smaller container for insect feeding. Though once I get him in and feed him he calms down some. Though can still be a bit of a butt about me picking him up to move him back to his tank.

He's not closing his eyes in fear either, still eats just fine when I get him to his feeding cage. So I don't think anything is wrong with him in that regard. He did jump out of my hand when someone surprised him though. Which he fell around 4 and a half feet. Didn't get any injuries though as far as I can tell. Maybe that's it?

Also should I get a backdrop for his tank? Arrangement is a bit different now than the picture. But that's the general look. 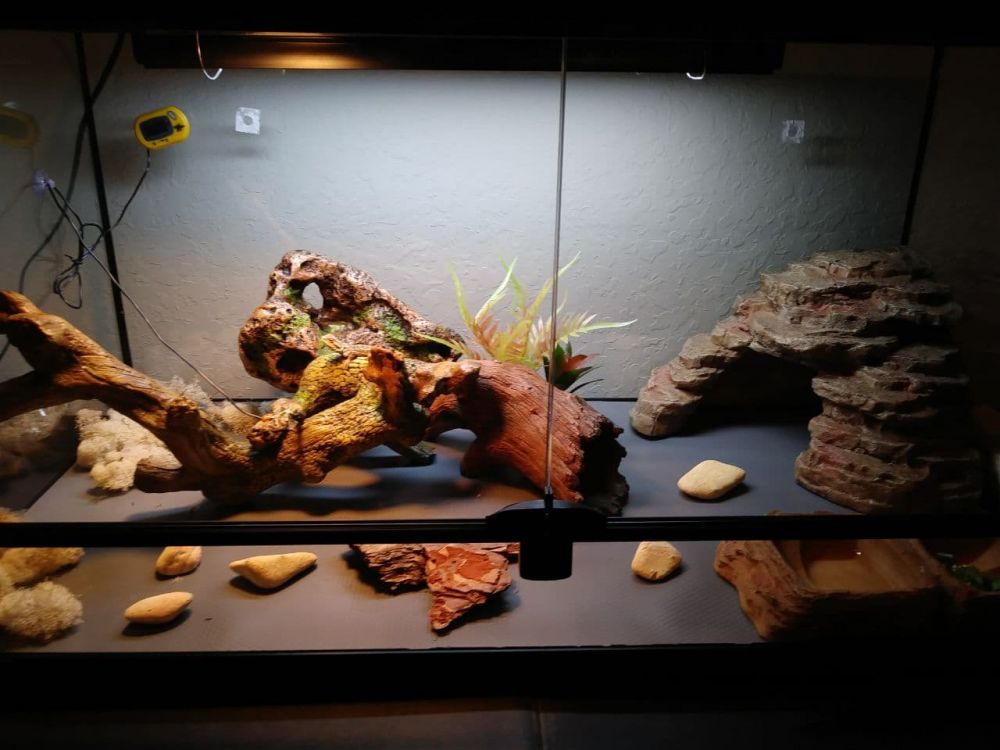 If hes doing any black bearding then he could be in pain from the fall --- it is normal behavior for them to go thru w/ the running away --- dont let him be the boss -- keep working w / him picking him up etc -- you want him hand tamed - have you been hand feeding him? worms or salad stuff ?
S

Original Poster
Yes. I've been feeding him worms by hand. He hasn't been black bearding at all. His back goes black on occasion. But for the most part his colors don't change and he just runs away.
K

Normal behavior --- keep working w/ him --- hands in the tank -- take a piece of cloth or fleece blanket place in his hide something w/ your smell on it so he gets used to you -- how old is he?
S