In Memory of Ash, our sweet, sweet boy

Ash passed away in the small hours of the morning on Wednesday, October 30. We had just taken him to our vet on Saturday, and the vet assured us he was healthy and fine and probably just readying for brumation; but clearly the vet -- a generalist -- was not as knowledgeable about beardies as she needed to be, and I knew in my heart that he was not fine, but on the other hand... whenever we started to worry, he liked to fool us into thinking he was happy, healthy, and normal!

His favorite thing was to make people happy! That worked out perfectly for his role as a class pet (but also became our family when I brought him home for nights and weekends) -- he loved watching the students, being held by them (6 year olds, who were so careful and loving towards him), and generally just being a part of the action. He simply loved attention and being involved... I think it kind of bugged him that he was a lizard, and he just wanted to be one of us! (The most depressed I ever saw him was over the summer, after months of not being able to do "his job" and be around the kiddos... and when the time finally came where I asked "Do you want to go to school, buddy?" he perked right up and climbed onto my arm to eagerly go into his travel bag!)

He didn't really seem like a lizard. He was loyal and affectionate like a dog, curious and cuddly like a kitten, and gentle and needy like a baby... and part angel. Other than appearance, he seemed like anything but a reptile. And he was family. Especially since my wife and I do not have any children of our own (or even other pets), so he was basically our baby, and it felt wonderful.

He was only about 1 year and 2 months old, so had barely begun his journey as an adult beardie, and he was practically perfect: never once in his life did he bite anyone or even act aggressive (except toward bugs!), and he was so smart, inquisitive... maybe even wise. The minute I saw him in the pet store I told my wife "I have to get this one. This is the one. He's a thinker! And he's beautiful." But he was also a total cuddle-bug. He would force himself to stay awake in his tank after it was lights-out, just hoping he could come out and join us on the couch or be cuddled to sleep.

Here are a few photos that will hopefully convey just how precious and loving so many creatures are, great and small -- and even the most unexpected of vessels can house a soul: 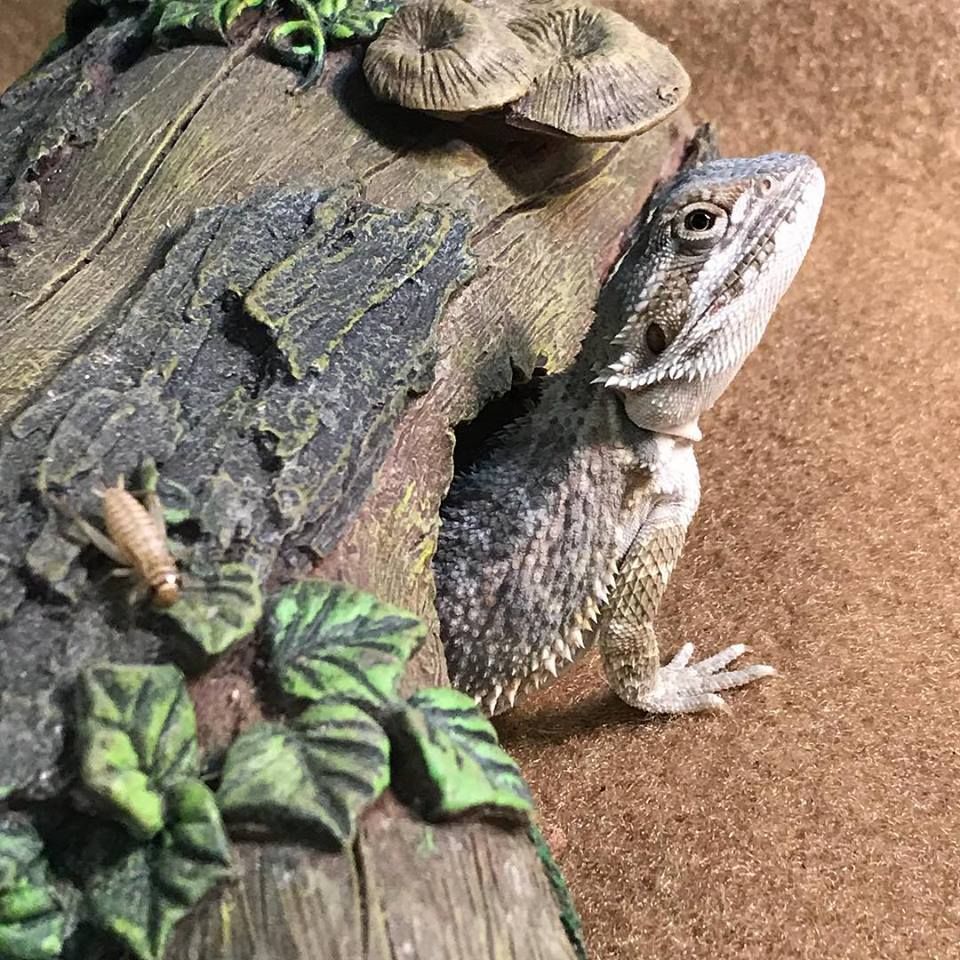 - My very first photo of him after adoption (this is the same regal pose he would strike whenever he was happily basking. And it's the same pose I found him in when he died, even though it was the middle of the night and there was no light or heat around, which I find strangely reassuring) 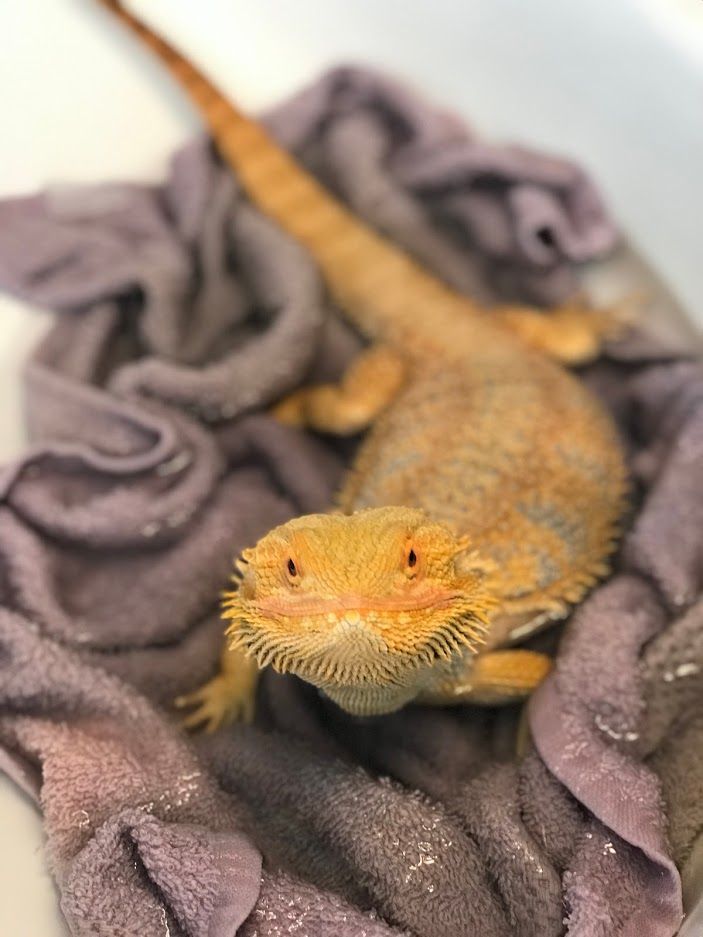 - He didn't always love baths, but eventually came to enjoy them. And one thing he DID like was being clean and fastidious! He was one prim and proper beardie... 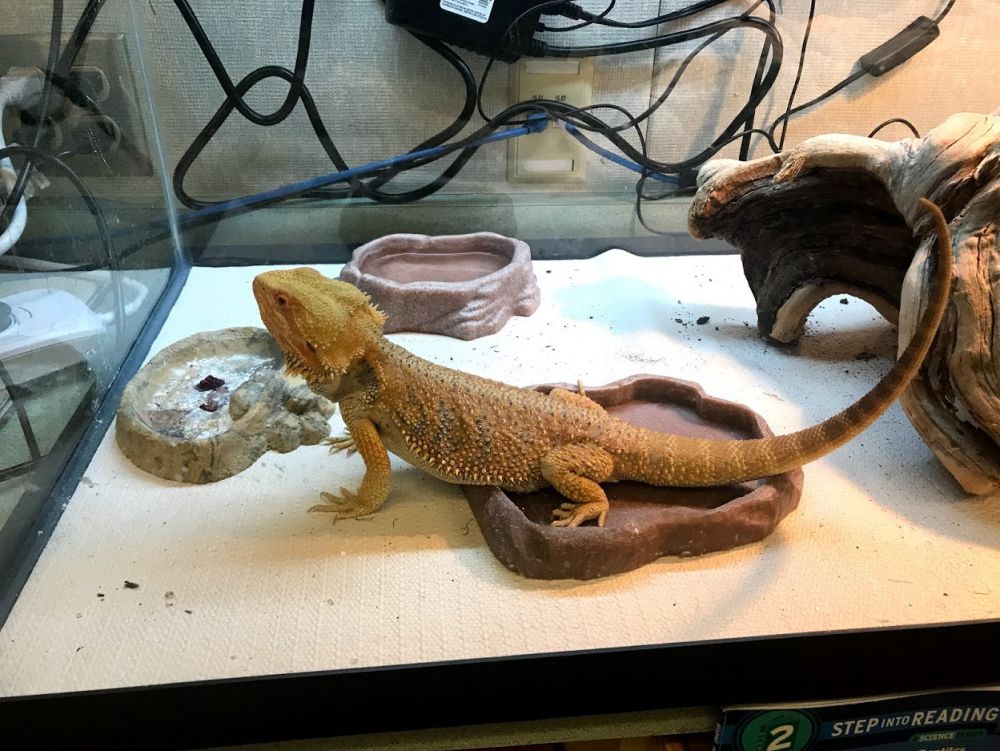 - And he was smart enough to make that happen! One day he took all of the food out of his dish and decided to turn it into a litter box. From that point on, I just provided it empty, and he dutifully went down to it whenever possible for bathroom time! 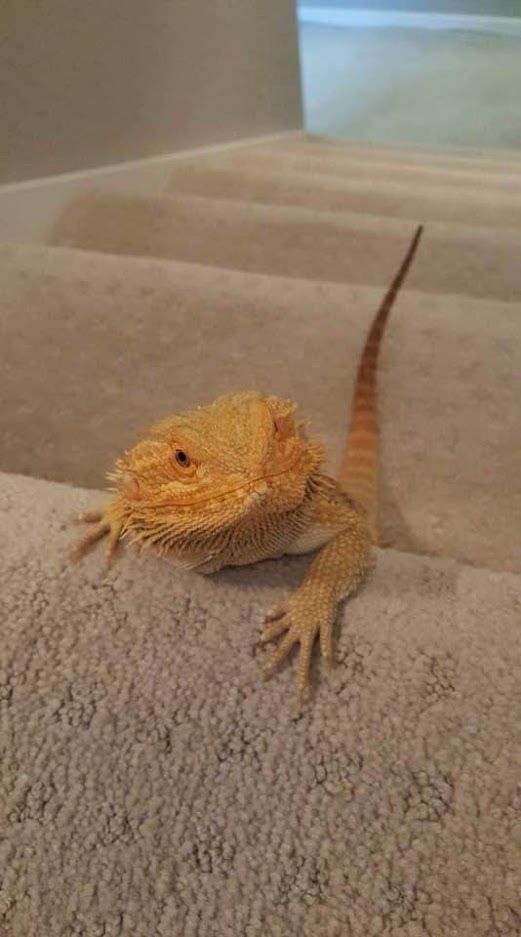 - He loved exploring -- very inquisitive, but being a smart guy, he was cautious on his adventures 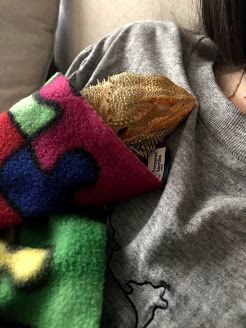 - But he loved cuddles even more. Couldn't get enough of them. 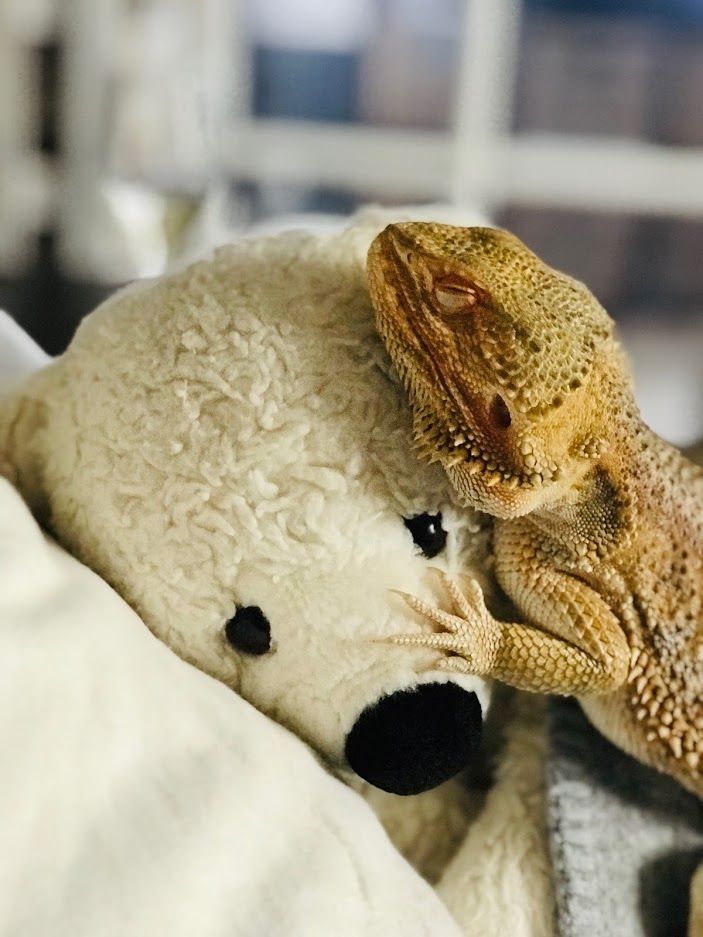 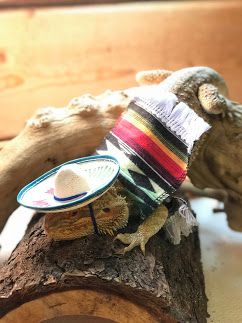 - And he was always game for dressing up... he was quite the show-beardie! He never fussed about it... because he loved getting attention. 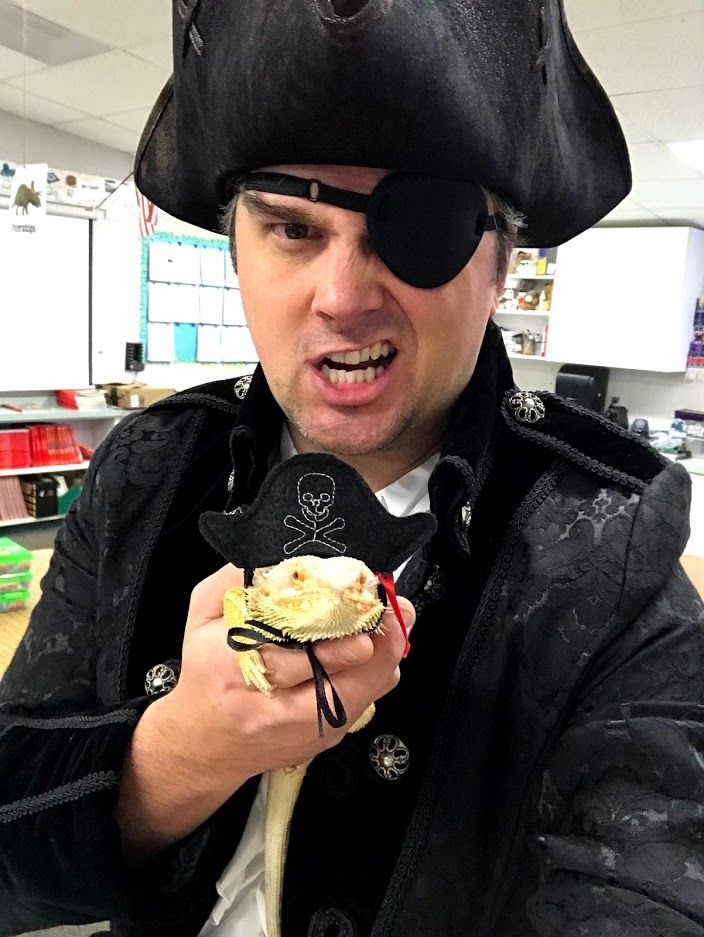 - He was my partner and my best friend, and he leaves an irreplaceable hole in my heart.
Click to expand...
K
Written by

N
Can anyone help? Really worried.
2 3

I don’t know what to do with my beardie