I think it's a boy, but another opinion would be nice!

Original Poster
Yeah, and that's how it is with my cats, dogs, and crested geckos too. The males are always more chill it seems D= My sister's bearded dragon has a major attitude where Scout is more... simple in his wants haha.

Original Poster
I'll just have to keep you guys updated on what Maes turns out to be. Because it still doesn't look as female as other females I've seen, but there aren't really obvious hemipene bumps, though there IS a divot in the tail between where the hemipenes should be, and when I candle it, there is a small line on one side I can see, so it might just be a slowly developing male. I know secondary sex traits aren't the most reliable way to sex, but Maes also has a nice broad head and a THICK tail base, so we'll see =P I'm so impatient

looks female to me! nice name btw, I'm an FMA fan as well

Original Poster
Thanks haha. We named our adult female dragon Riza Hawkeye. If only I was watching FMA when I got Scout, then he might have a fullmetal alchemist name as well!

I've wanted a little boy dragon named Hughes for several years now, but only now I've been able to care for another baby dragon!..... and it happens to rebel against my hopes and dreams of a male dragon haha. She's still a great dragon. I'm still hoping she's a he and is a slow developer. Won't know until she's a few inches bigger I think. But she eats like a pig, so it shouldn't take toooo long!
S

i have a question has anyone heard of a female trying to lock up with another female i am sure its a chick did the flash light test .
A

Yes, it does happen at times. :shock:

Retired Moderator
You definitely have a girl, looks just like Cierra: 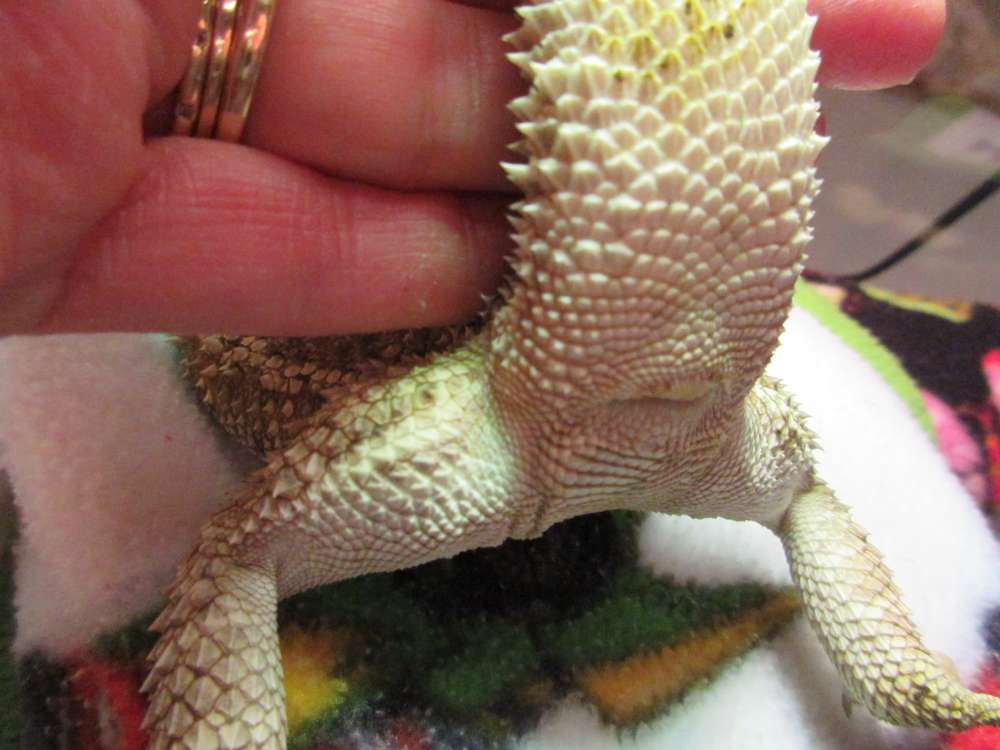 This is Gabriel, he's a 4 yr old male and you can see his "boy" bumps along the side of his tail. 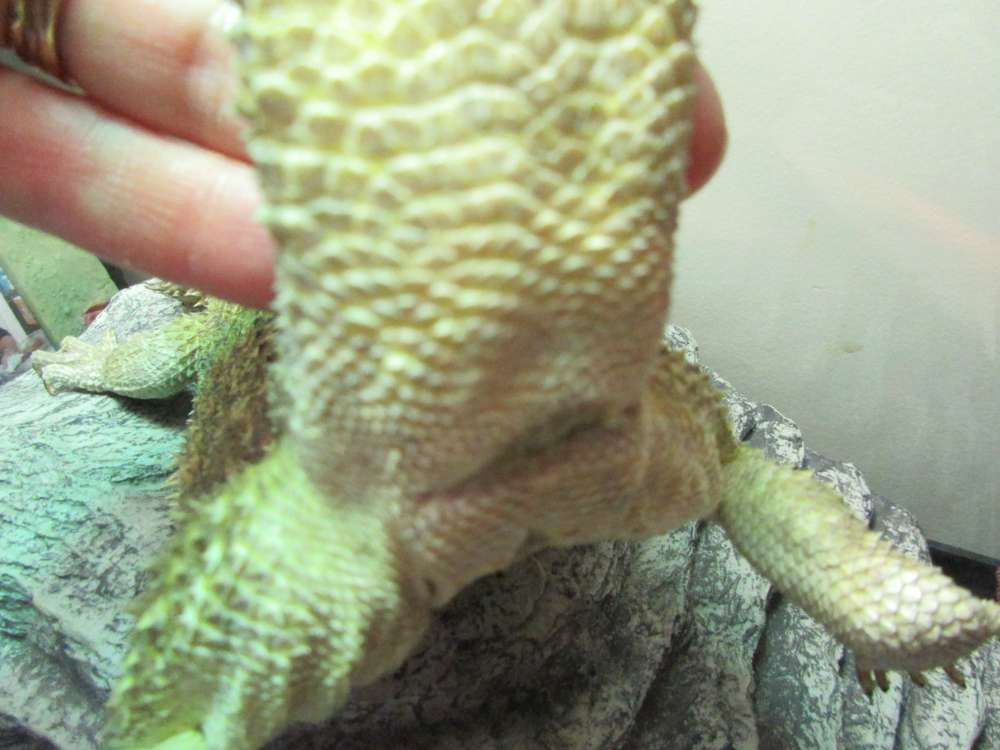 I can see the lump above the vent on your girl, just like Cierra, so you definitely have a girl. Congrats!
K

when trying the flashlight method, I usually take my beardie into the bathroom, or my closet where it is really dark. It makes it easier to tell, and it makes my beardie calmer. Just a suggestion.

Original Poster
Khalilizard, the bathroom was where I flashlighted her =)

And my problem with this one is that while I know what to look for in the male vs female dragons, this one kept playing tricks with me!

HOWEVER!!! My sister's friend has 3 beardies of her own, and just got one in November that is the same exact age as my baby. When we took my sister's friend home yesterday, I went in to look at her baby dragon and that one is DEFINITELY a boy! He's the same size and age as Maesie, who, by now, I'm positive is a GIRL!

Original Poster
I should say I know what to look for in adult dragons, having an adult male and female already. What I didn't know is how soon it would be obvious if my young dragon was a male or female. And when people send me pictures of ADULT dragons to compare to, it just isn't as convincing since my dragon is 6 months old and isn't all the way grown up. But now that I've had another 6 month old dragon to compare her to, that one being an obvious boy, I'm much more comfortable accepting she's a girl

But I do thank all of you for your help!

Retired Moderator
You're welcome. Even though Cierra is a year old, she's very small. She was 15" long and 185g when I got her from our local rescue society. She's gained weight and grown an inch since I got her in February, but I could hardly tell her age when I got her.

I'm so glad you figured it out, though, enjoy your girl!