Our girl, Paisley, is about 10 months old and we have known for most of that time that she is ADV+, though she has never shown any of the typical symptoms (no stargazing, no failure to grow... she has been a voracious eater of both bugs and veggies her whole life, and has had a lot of brightness and energy)

A couple of weeks ago, she suddenly stopped wanting bugs altogether. Previously, we had fed her BSFL (when young, but stopped because she had trouble digesting them when she got bigger), silkworms, dubia, superworms (once she was bigger, about 7 months old or so), and occasional hornworms. She loved them all, in addition to her veggies and greens (her favorites being mustard greens, arugula, green beans, and spaghetti squash)

We grew concerned because it was such a sudden change... one day she was voraciously hunting the roaches and superworms, the next day they were dead to her. But she was still eating her greens, at least. I hoped maybe she was just trying to regulate her weight. Normally, we cheered her weight gain especially since she has ADV, but she gained over 100 grams in one month (to a weight of 438g) and seemed like she had gotten a bit chonky.

After she stopped eating the bugs, she dropped 20g down to 418g. We ended up taking her to the vet (an ARAV registered reptile specialist), who said she seemed energetic, well hydrated, and good fat pads, but we decided to get a fecal and bloodwork done anyway, since we were there and since she has ADV.

This seems to me to be an indicator of possible liver disease, but the vet didn't really say anything specific. So... now what? Could it be that she is avoiding the bugs because the superworms caused fatty liver disease? Should we supplement with something? (I have been giving small doses of milk thistle powder, but not sure how much or how often I should give it, or whether I should add something like serrapeptase to the mix and, again, what kind of dosage that would look like) 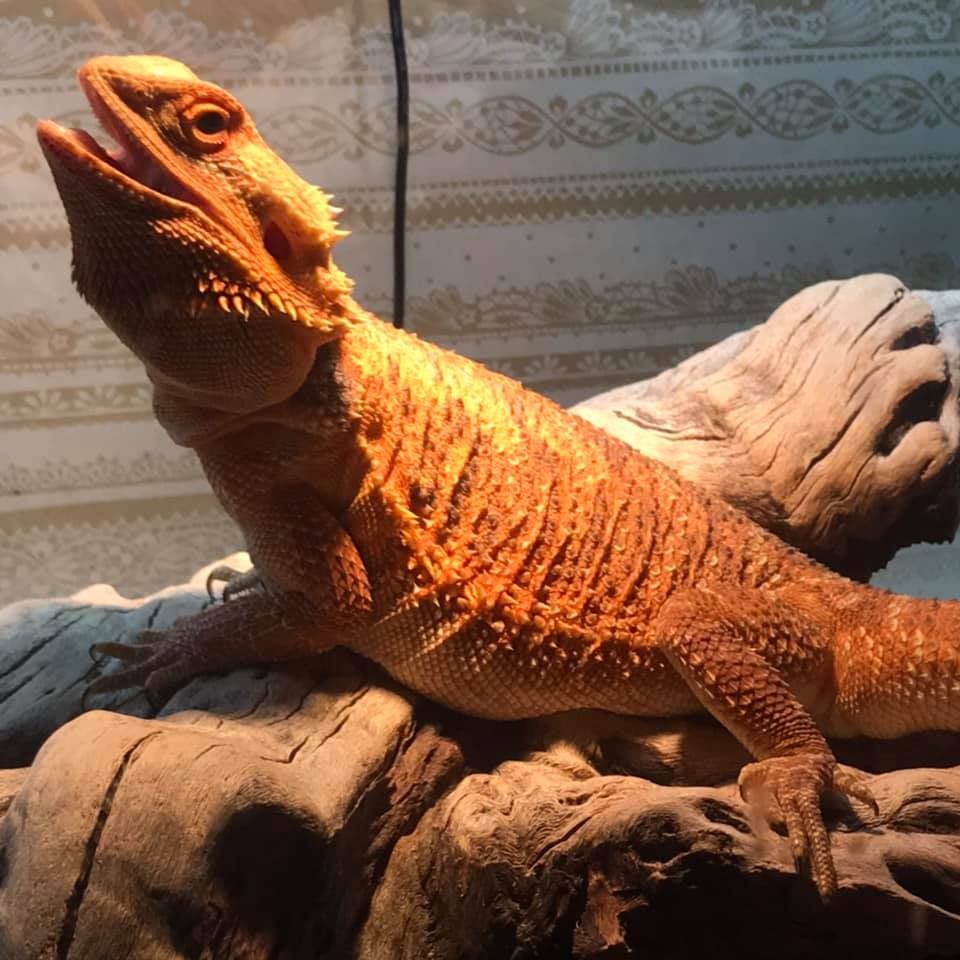 Hi there, nice looking girl ,she is pretty chunky. One of the mods. here is a vet tech. and also works with the lab that does extensive research on ADV. Her username is Drache613 and she usually comes on in the night. I'll p.m. her about this thread since she's familiar with what blood tests such as your dragon's might indicate being that she's ADV positive.

Sorry your girl is having some trouble! This is strange that her behavior change is so
sudden like that.
The weight gain is strange. Did they possibly look for eggs? Her liver enymes are not
too bad but do you know what the uric acid levels are? If you can, please try to get a
full copy of the blood test panel so I can take a look over all of it.
A high calcium can indicate ovulatory processes, a thyroid dysfunction possibly, or a tumor,
but let's hope it isn't anything like that.
The milk thistle powder can be given daily. Are you giving a small pinch daily in her food?
It is safe to give in that manner. If you already have the serrapeptase, then you can mix that
in with a food slurry or just water or given straight. Serrapeptase is safe as well & can be
given daily too.
What type of UVB lighting are you providing for her?
She is lovely though & is one of the lucky ones with no symptoms with adeno.