Hi all, I am actually getting my new enclosure today with T5 fitted inside w/reflector- it was on my agenda to upgrade for a long time because my current size is too small and my girl is due for the upgrade anyhow, but what really prompted me to urgently action this was this video here:

This guy compares all the types of lights including mercury vapor bulbs, compact coils, and tubes

He tested the reptisun t5 HO and t8 both inside and on mesh and the result shocked me; he was getting seemingly better results with coils than he was with the reptisun florescent tubes- I had a t8 fitted inside but I decided I need to hurry and upgrade to the t5 (which is being now being fitted inside as well)

Staff member
Moderator
There is another thread discussing this video as well. I've added my thoughts to it. The video does have a lot of good points, but doesn't seem to tell a complete story. https://www.beardeddragon.org/forums/viewtopic.php?f=34&t=258731
C

Original Poster
Thanks for that both of you guys, it seems technology is Changing I do regret the t8 but bygone be bygones- my girl has her new 4ft setup with the t5 reptisun w/reflector so I'm keen to see how she reacts to the change 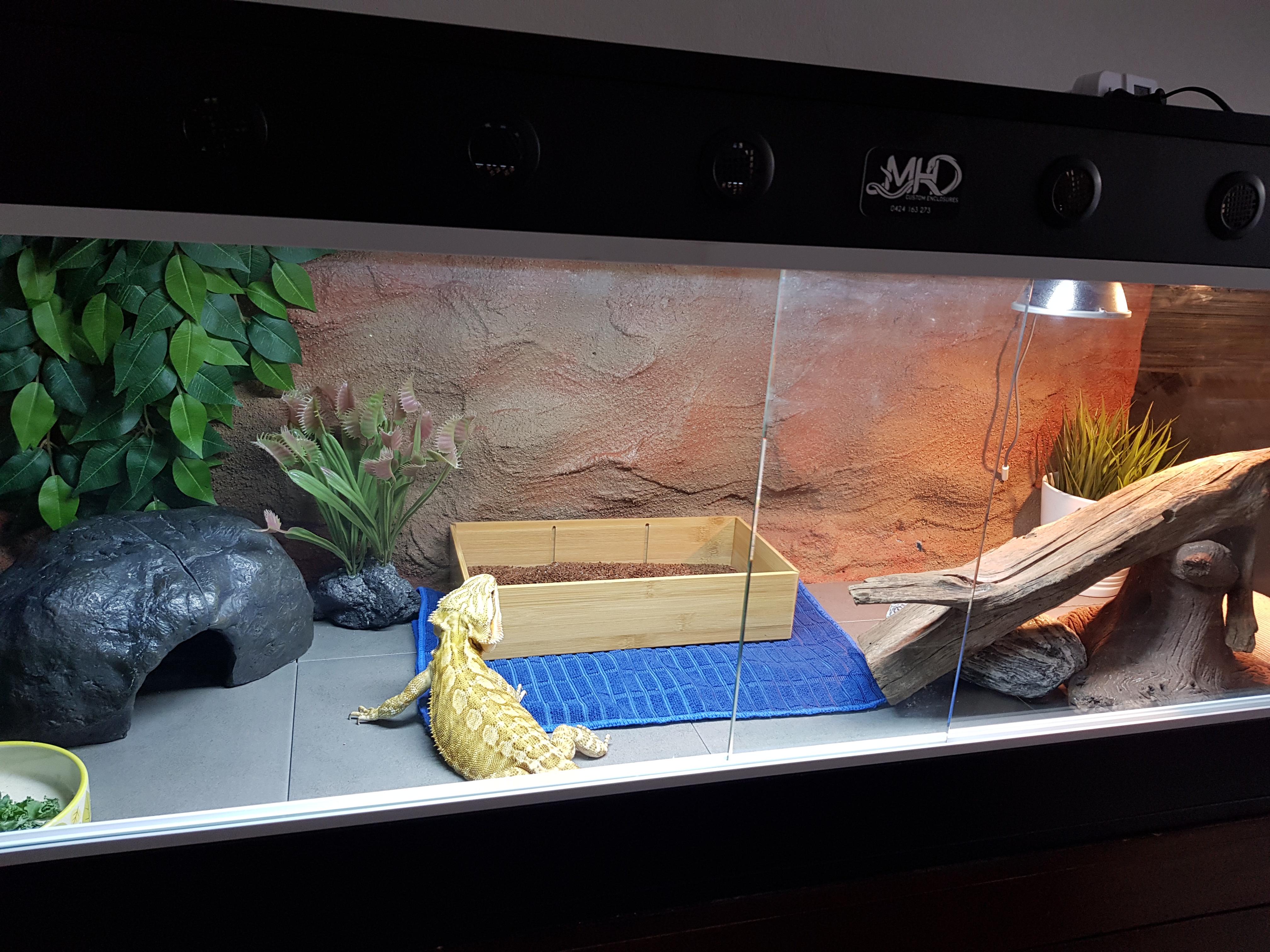 I skimmed though this video.

Things I noticed
1) he is failing to point the sensor DIRECTLY at the UV source - so his readings are very poorly made ( the sensor is NOT presented NORMAL to the source ==> inaccurate source UV flux readings result
2) he is allowing reflected UV flux to enter the sensor , this error is called specular error.

Hence - his entire video is nonsense as are his conclusions.
C

Original Poster
Should it not be considered though that the dragon won't always be facing the perfect angle either ..? I dont know.. I'm glad I upgraded from t8 to t5 though I've definitely already seen more livelihood out of my beardie since (and she pooped a perfect formed poop unprompted by a bath- was her second one this week normally she does once a week so seems a good sign)

Cuttlefishh":4cegb0dj said:
Should it not be considered though that the dragon won't always be facing the perfect angle either ..? I dont know.. I'm glad I upgraded from t8 to t5 though I've definitely already seen more livelihood out of my beardie since (and she pooped a perfect formed poop unprompted by a bath- was her second one this week normally she does once a week so seems a good sign)

Obviously though its been long established t5>t8 before this video so that's a given of course
Click to expand...

The point of using a calibrated scientific instrument like a Solarmeter is to use it in way that is going to produce UV band flux measurements that are reproduceable and accurate and meaningful to anyone else with the same version of instrument.

Is perfectly clear to me the guy in the Utube hasn't any scientific training and is clueless.
Never even bothered trying to get a good measurement ( sensor pointed directly at the source ( source on the "normal" to the sensors surface.
He has no concept of view irradiation view factors , surface absorbance , surface reflectivity & scattering , specular errors , and has zero chance of reproducing the exact same set of measurements if wants to compare over time as the phosphors degrade.
Share:
Facebook Twitter Pinterest Email Share Link

chestermymunchkin
setting up a tank for a garter snake in a few months!!
Saturday at 10:23 PM •••