It took me awhile to make this post, and I wasn't very active in the forums other than for medical questions. This is my second account since I forgot the information for my other, which has more posts. 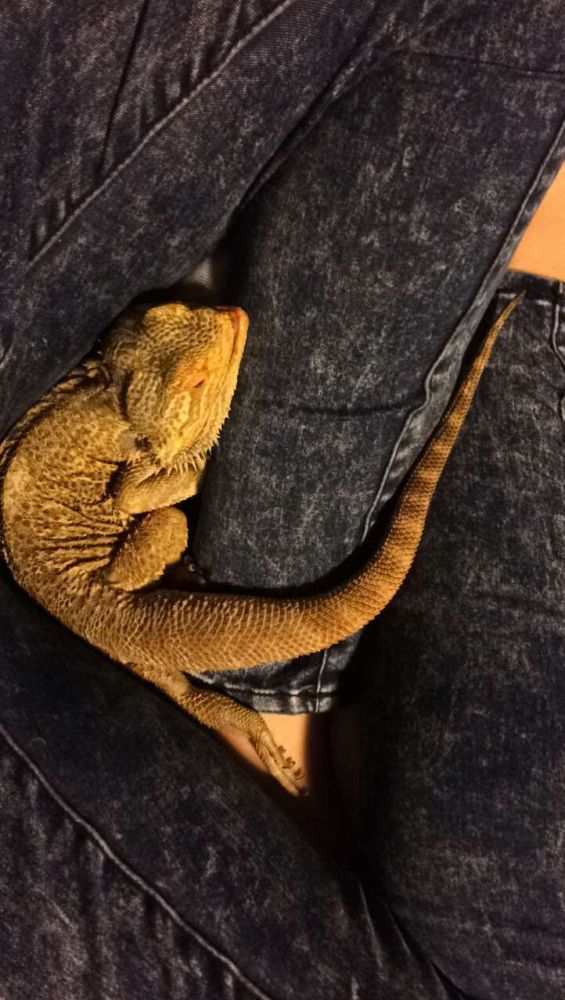 I got Tony when he was between the ages of 8-10 already, and had him for nearly four years.
He had a malformed jaw likely from MBD (his old owners did not give calcium or had UVB lighting), causing his tongue to constantly stick out. Nothing progressed badly from there, and it simply gave him an adorable feature. The vet checked his feet and felt his bones for other issues, and other than a few missing toe nails from retained shed and his jaw, he was healthy. 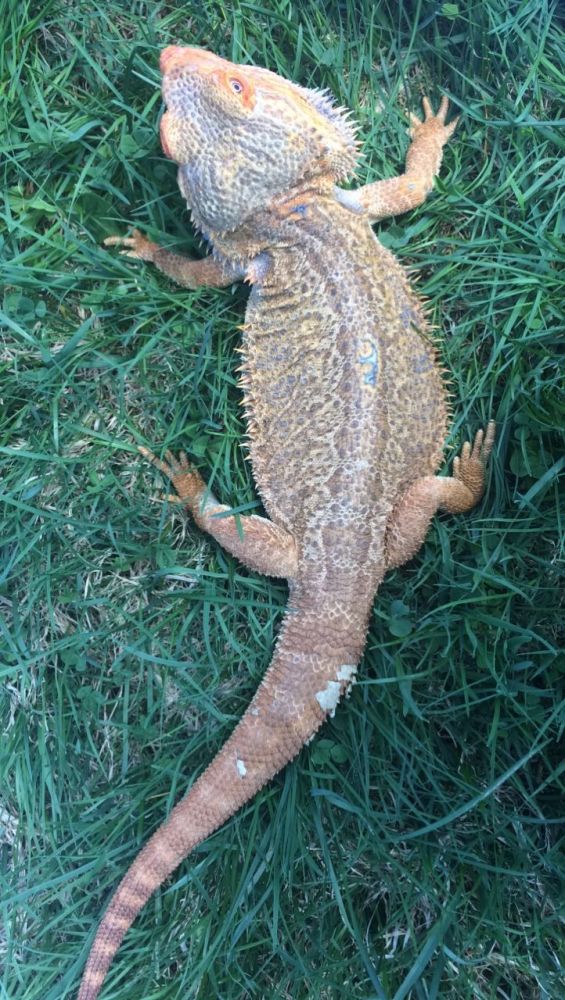 I would take him outside to roam in the grass, and watch TV with him, taking naps together. You never expect to find yourself so attached to an animal that doesn't really cuddle or isn't fluffy and meow or bark, but you really do get so attached to them, they are yours to care for and love, and they aren't just the scary reptiles everyone makes them out to be, they do have a personality. 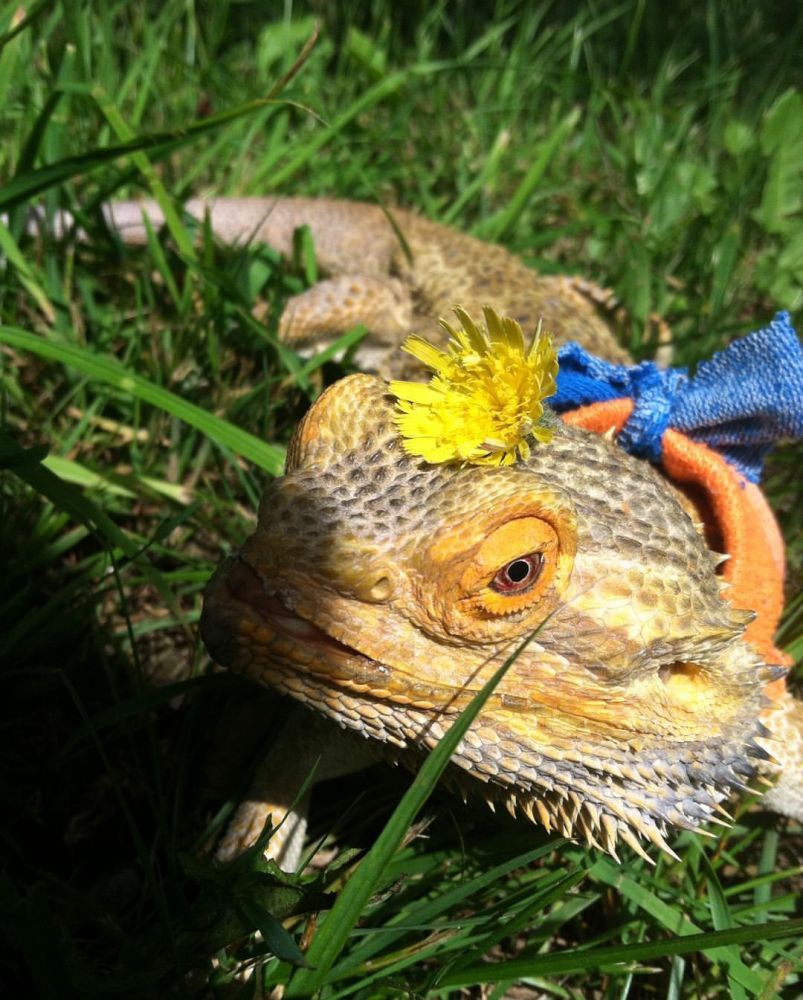 In his later years I began having to help feed him, he would eat by himself a lot but sometime he wouldn't go to his bowl and I would place some baby food on his tongue for him to lick up, which he would always do without hesitation. 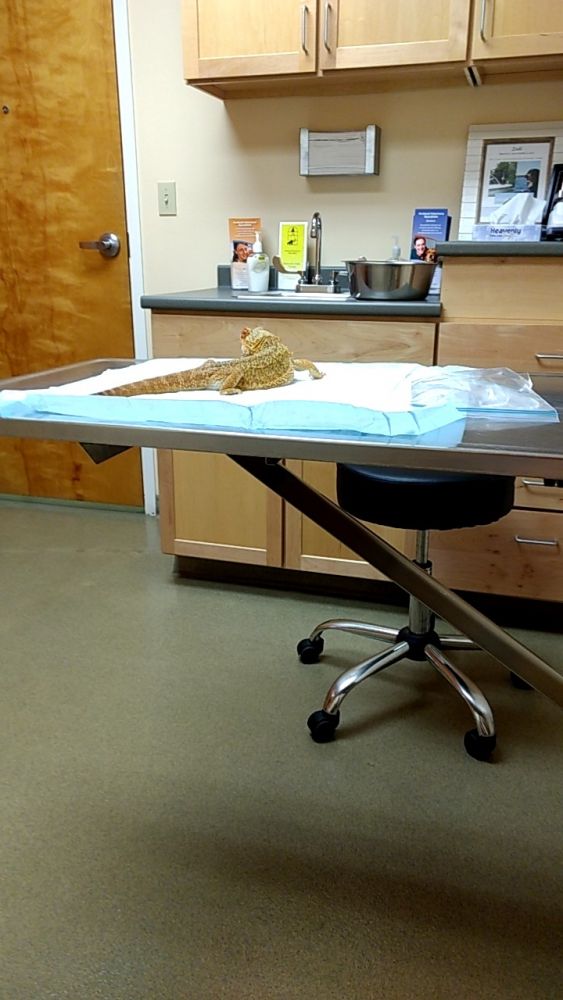 Maybe a month ago I came home from being away overnight and I noticed Tony looked to have a bloody nose, and upon closer inspection it looked as if things were moving a bit in and out. I freaked out, I thought he was dying. I grabbed my neighbor and she agreed with me, it looked as if he had maggots in his nose. I called out of work that night and made a vet appointment two hours away for the next day. I ended up canceling and going to an emergency vet that would take me only an hour away. He seemed to know what he was doing and did his research, and gave Tony a shot of ivermectin to kill the maggots. I don't believe it did kill the maggots but I managed to tweeze them out. Many people said this was a very bad move from the vet but my research with the dosage he gave him wasn't going to hurt him very much, only make him feel unwell for awhile. Next week I brought him to his follow up at another vet 45 minutes away. She seemed to really know what she was doing, as I previously went to someone else upstate and did not like how knowledgeable he was, I was nervous about taking him to the vets since in my rural state reptile vets are few and far, and the ones who claim to be, don't see enough very many beardies.
While I was there two other beardies were there for an appointment. 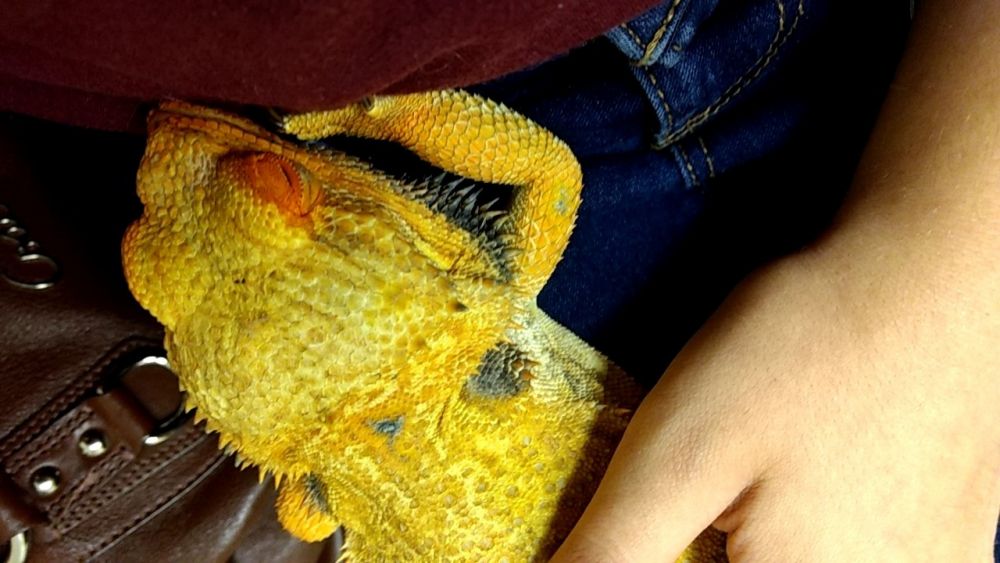 She gave him a full checkup and was the most knowledgeable and professional vet Tony has ever been to.
She then listened to his heart. It was something she never heard before. His heartbeat was similar to going fast, skipping a beat, then slow. She believed he may have heart disease but we decided not to continue with testing due to his old age and the cost. I was also given a feeding plan as he was no longer accepting even babyfood to his lips.

A few days later Tony passed. It was so much sooner than I expected. I later brought him to be cremated, he's going to be spread in the grass in my yard so he can always be outside and roaming around outside once his new urn comes in the mail. (a small jewelry box from Etsy with a bearded dragon on it).
I really regret putting off taking photos of him for so long, as I was going to enter him into the calendar contest and I don't have very many nice ones. I did put a couple in but they aren't amazing.

I miss him so much, he was such a good dragon and I wish I was a better owner during his life, I was still learning somethings, and once I am out of college and secure in life I hope to use everything he was taught me to give a beardie a better life.

If you want to see the post about his maggot issue and some images there:
viewtopic.php?f=45&t=244865
please always put a top on your tank especially if you live near an animal farm during the summer, their noses are very vulnerable.
Click to expand...
L
Written by

B
HELP! Beardie doesn't poop, black beard, and spasming/twitching and bloated this morning but went to vet 3 days ago
2