First build in over a decade, period, actually. I'm sure that played a role in this thing coming out looking like a middle school kid made it in shop class ?. I can't believe I cut the doors crooked, but oh well. I'll either replace them later with properly cut doors or sliding glass because I'm tired of messing with it for now. For the time being, I'm not worried about the little gap that becomes a slightly bigger gap as it goes upward because Quagmire has no desire to escape. Seriously, he gets anxious when he's out of the safety of his current temporary enclosure and will frantically try to climb back in after a few minutes. I found the poor guy outside my apartment a few months ago, starving and scared to death, and he seems to have some form of lizard PTSD from his homeless experience ?. He must have been on his own a week or two, I'm guessing. His size and appetite at the time indicated several days without food or water and the fact that he was still alive indicated he couldn't have been on the streets all *that* long. I'm in MO, temps were in the 60s and 70s, mostly, and there are a lot of stray cats that roll through here so he's lucky I found him. Thought he was quite a bit younger than he was the first couple days until regular meals filled him out to a healthy weight and he grew comfortable enough here to let his true personality shine through. What's his true personality? Well, I named him Quagmire for a reason lol he's a horny little perv so I figure that means he had to have been at least 8 or 9 months old back then to be going through beardie puberty.

Yes, his new enclosure is doubling as a TV stand. No, I'm not worried about the noise or vibrations from the TV bothering him or disturbing his sleep. Nothing phases him except being out of his enclosure for more than a few minutes and my female, Pancake, teasing him from beyond his reach. He also sleeps like a blackout drunk to the point one might mistake him for dead if they didn't know any better. Ignore that bright LED bulb, that's not gonna be there when the enclosure is fully ready for use. I was just testing placements and whatnot before installing permanent fixtures. Oh, and it's a 4x2x2 and, in hindsight, I should've gone bigger. 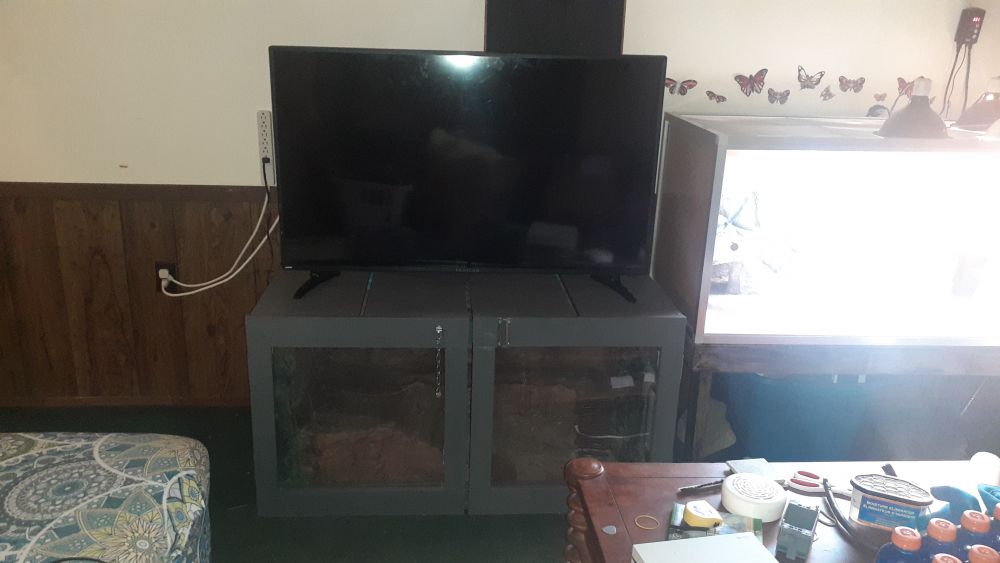 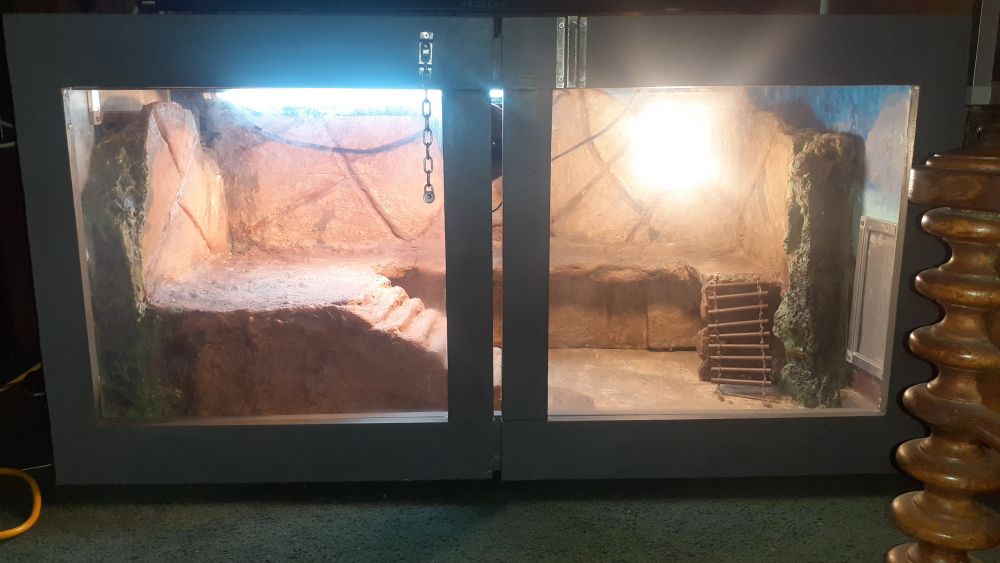 Thank you, and he better!