Beardie has hole in back and bumps around eyes

My bearded dragon (female and about 2.5 years old) has had a few things that seem to be going poorly with her health: a large bump/hole on her back (accompanied by a lot of much smaller ones), bumps around her eyes, and some yellow crust forming on top of her head. She's been to the vet multiple times and they treated her for the first two, but everything seems to have come back. The yellow started forming after her most recent visit.

Her first vet visit was in late July, and the vet said that the hole in her back (and smaller bumps) and the bumps around her eyes were caused by the same bacterial infection(?), and they lanced and drained the bumps on her eyes and cleared out the main bump on her back. They gave us an antibiotic to give her for 14 days and said things should clear up after a while. She seemed to be doing well, but one of the bumps on her eyes had come back, so we took her back in mid-August, and they drained it again. They told us to give her the antibiotics for another 2 weeks, and by the end of it the bump on her eye was looking better, but it wasn't fully gone.

Since then, the scab on her back from the first vet visit had grown a sort of lump beneath it, and the bump on one of her eyes has grown, though the other has mostly stayed down. The scab came off today, and under it she had a lot of this weird crumbly offwhite stuff (the same as what had been there before her first vet visit, I think), sort of the texture of mushrooms? I cleared out as much of it as I could, and the pictures are from after that. The yellow crust above her eyes showed up just after her second vet visit, and I thought it was just some kind of residue from something they'd used on her eye, but it seems to be growing.

If anyone could help he out or let me know what I should do, I'd really appreciate it! After two vet visits with not a whole lot of progress, I'd really like another perspective. Thank you so much! 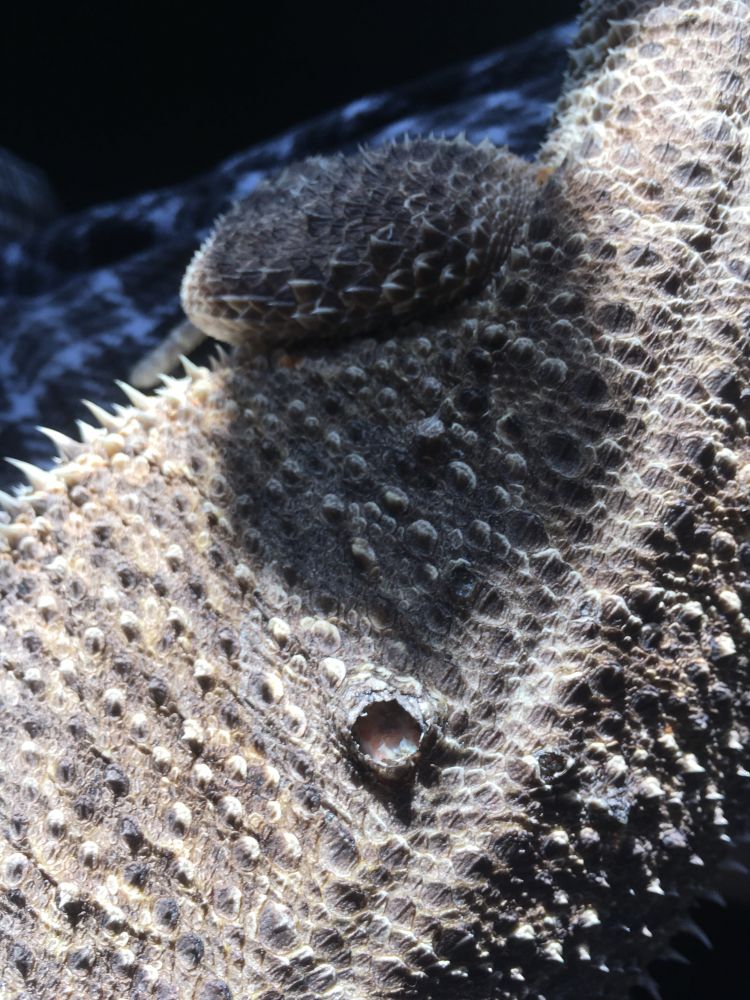 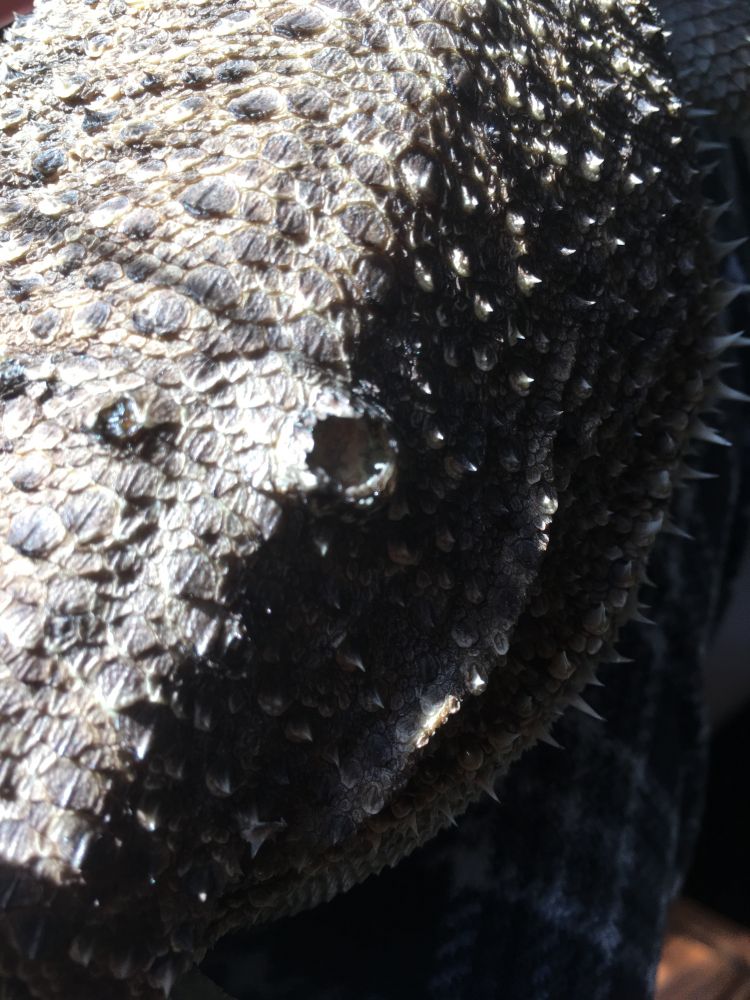 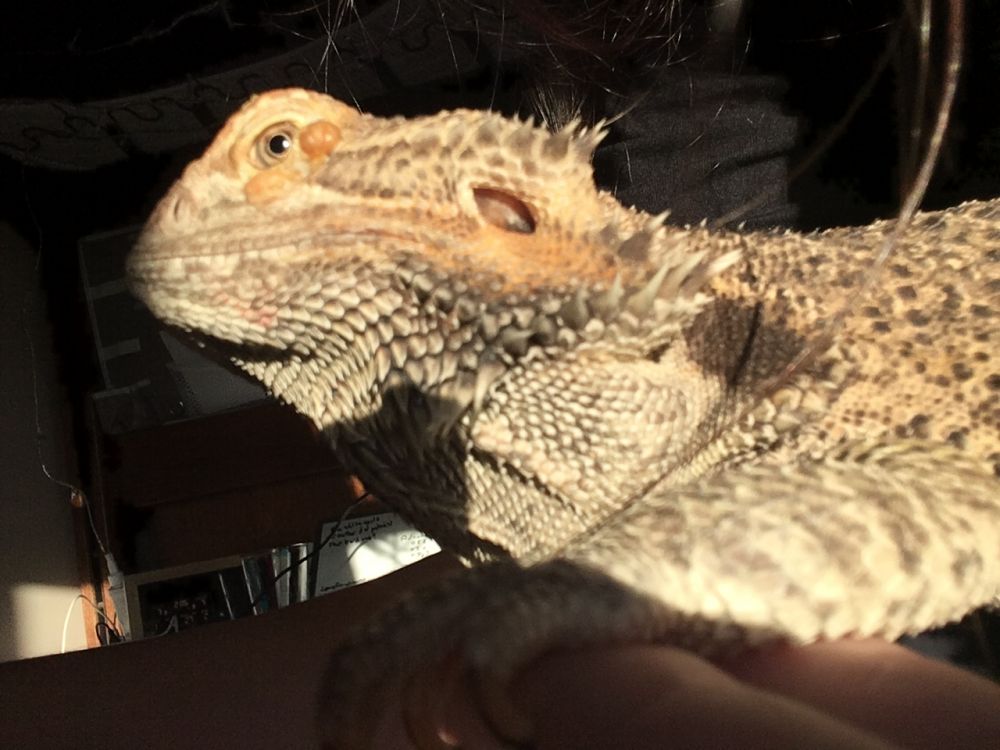 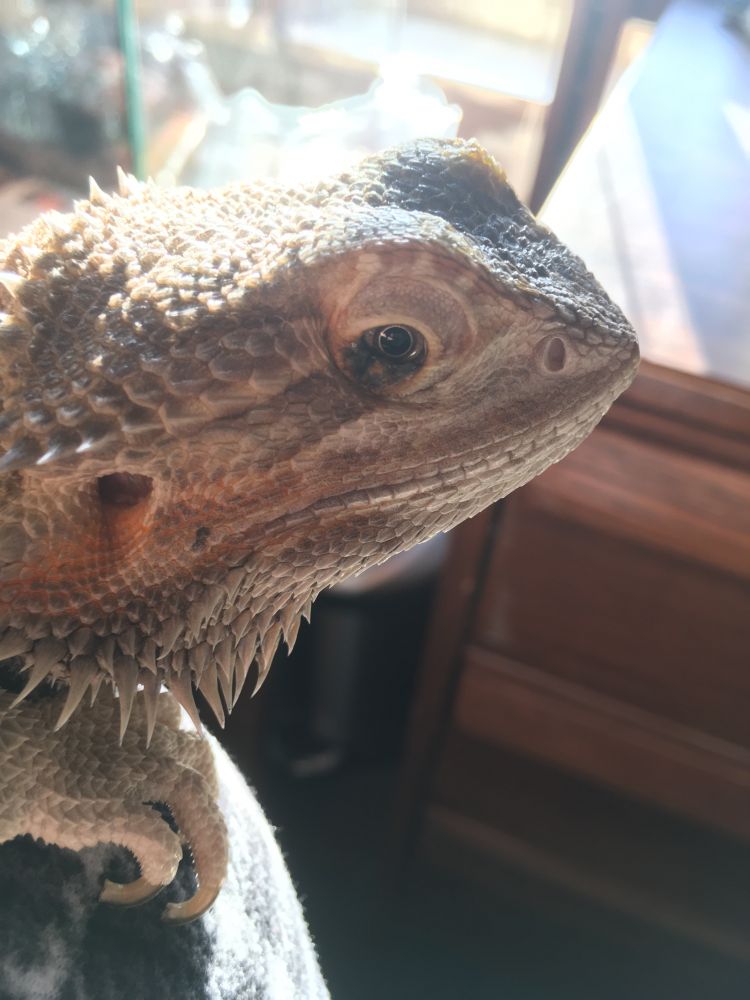 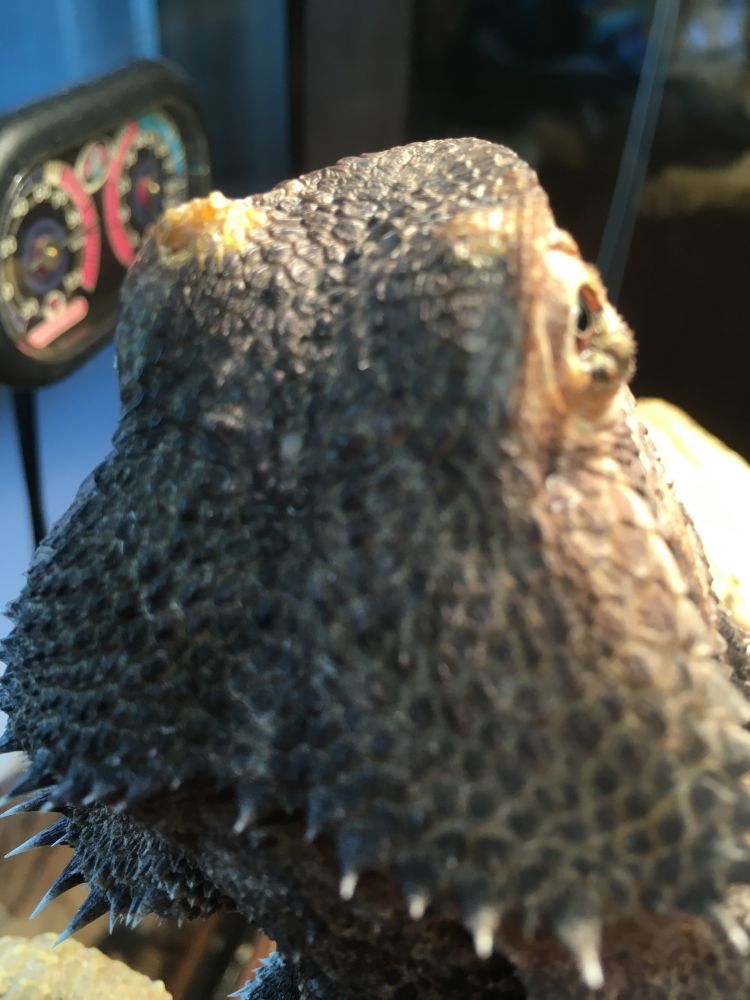 Oh dear we need Tracie and AHBD to take a look ---- I am flagging your post --- in the meantime please tell us what your using for a UVB please NO coils --- and her basking temps how are you getting them? Stick ons are inaccurate - you need a digital probe thermometer
A

Hi there, sorry to see this problem that your dragon is having. Ask your vet to take a culture of the contents in the abcesses to see exactly what it is. You can try 2 things that come to mind. Use a mix of betadine [ 1 part ] diluted with 10 parts water . Dab it on all of the areas a couple times a day. The other thing you can try is raw,, unpasteurized honey, mix 1 part honey to 3 parts warm water. Other than that I don't hsave any other suggestions, maybe try Tracie as Karrie mentioned, as well as the other mods., Claudius and Cooperdragon.
R

Original Poster
I forgot to mention, the vet did take a culture on our first visit, and it came back sterile, which they said was a good sign. For her UVB, I've been using the reptisun 10.0 13 watt bulb, as it's one of the few that fit in her current lamp fixture. her basking temps are usually about 90-100 F, and I've been using the thermometer that came with her tank, which I believe is a stick on. I've got some betadine, so I'll definitely start doing that! Thank you so much!

And just to be clear, she's been acting perfectly happy and normal and has been eating well, and she doesn't seem at all bothered by any of this (even when I was clearing out the abscess in her back). Obviously this is something that shouldn't be happening and I want to take care of it, but you don't have to worry about her being in pain or discomfort at least.
K

Please get rid of the coil UVB --- they cause all kinds of health issues besides not providing adequate UVB --- for a tank 40 + gallons please get one of these ASAP--- 24" https://www.pangeareptile.com/collections/light-fixtures/products/zoo-med-reptisun-t5-hood?variant=26907425734756 or this
https://hydrobuilder.com/sunblaster-nanotech-t5-ho-fixture-with-6400k-lamp.html?opts=eyJhdHRyaWJ1dGU5MDEiOiI2NjA0In0=
please replace the coil ASAP-- cannot stress this enough - this is going to help the dragon heal -- when you get it replaced please post back on here so I can help you place it in the tank they have certain distance and placement depending on your screen

Wow that is terrible, poor thing!
So the vet did a culture of those areas & didn't find anything?
Those areas appear to be abscesses. How long have they been there? It also appears to
be fungal issues going on also.
As suggested, try using some raw, unpasteurized honey on those areas, daily.
Azithromycin is highly effective for microbial infections so that could be something you could
ask the vet about. It will need to be treated internally as well as externally.
Is she eating well right now?

K
Deciding when to let go

L
How common is it for bearded dragons to have eggs in the winter?
2