This is Leslie. I have had her for about 4 1/2 years now. Meals include various greens and veggies, supers, hornworms, crickets, and I just started giving her dubia roaches. Her current home is a 4x18x18 enclosure. Lighting is a Reptisun T5 for uvb and a zoomed 100 watt basking bulb. Basking temp is around 100, and around 87 on the cool side. Two things to note - recently I replaced her T5 (I do every 6 months), and when I did I thought that the brightness looked different (maybe not, but when I first plugged it in it threw me off at first). The other thing was that her basking bulb blew and I used a CHE for about a week before I got to the store to replace it. (I don't know if either of these two things correlate to the issue)

Over the weekend I noticed that she was not opening her left eye as much (hardly at all), and when she does, her left pupil is noticeably smaller than her right. On Saturday I rinsed her eye out with saline, and have been doing this 2-3 times a day since. There is no gunk or crust or anything on her eye to indicate a problem, other than she is not opening it. Today I noticed a piece of fuzz so I was able to get that out, and she did keep her eyes open for awhile while she was out. I have noticed while she is out and exploring she tends to open it, but closes it when she goes back in her cage. Her eye does not appear to bother her, and she lets me rinse it with saline/dropper/qtip.

My husband and I are going to give it until Wednesday since she has been opening it more before going to the vet, or is this an emergency situation? She is eating fine, and again, it does not appear to really bother her.

Staff member
Lead Writer
Hmm.. I'm not really sure what this could be but wanted to suggest a thread that sounded similar that had a lot of initial suggestions to try. 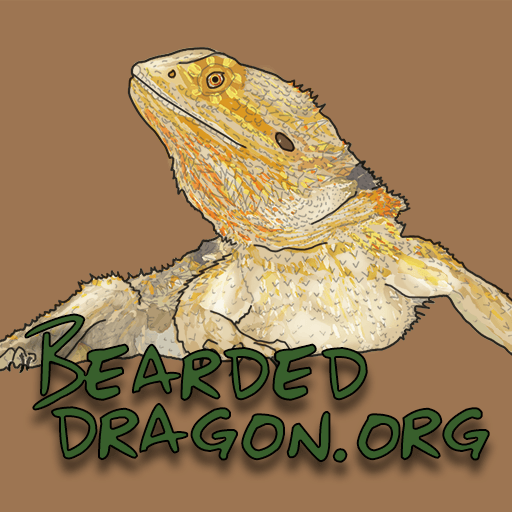 Hello, I agree, it does seem like some stuck shed that has irritated the eye. The raw honey should help quite a bit. Remember to thin it out a little with warm water to make it a little thinner so you can use it like eye drops, etc. You can also get some chamomile tea bags & then moisten...

www.beardeddragon.org
I'm wondering if that fuzz irritated or scratched her eye or something and it needs to heal?

Your UVB and basking bulb looks ok to me although I would recommend double checking the temperatures with a digital reptile thermometer with a probe end. I'm not sure if you also have that (I just saw the analog one in your photo).

Staff member
Moderator
Has she been bulging her eyes at all? It looks like she is working on a shed around her mouth. It's possible that the eye is irritated by debris of some kind, or could be related to shedding around the eye. If that's the case, then the issue may go away once the shed is complete.
E

CooperDragon said:
Has she been bulging her eyes at all? It looks like she is working on a shed around her mouth. It's possible that the eye is irritated by debris of some kind, or could be related to shedding around the eye. If that's the case, then the issue may go away once the shed is complete.
Click to expand...

Update! It was a shed! I woke up this morning and her face is shedding and she has been keeping her eye open all day!

Staff member
Lead Writer
Thanks for the update! Happy to hear all is well.

That is great news she is keeping her eye open now! I thought that her face & head appeared
a bit dull but sometimes online pictures make it hard to tell for sure.