My bearded dragon Frankie is nearing around 4 years old at the moment, she's been through many shed cycles, and she survived through tail rot with nearly no damage to her tail. She recently started another shed cycle about 2 weeks ago, which initially affected only her hind legs and tail. After she successfully shed that area, she began shedding from the top of her head, beard, and underbelly (at the moment the areas are only dull-colored, there is mostly no peeling yet.) Frankie has always been a picky-eater, moving from different preferences throughout the time I have cared for her, but I have never seen her refuse food completely. This behavior coincided when her head and beard region became dull-colored. However, I have also noticed another odd occurrence, her eyes had more shimmer to them and almost became watery at times. As a result, throughout the past few days, she has been closing her eyes very frequently, which, to me, seems to be communicating that she is extremely uncomfortable. Despite this, I have not seen any visual discharge from her eye, but recently there has been a very small line of darker crust that has formed along the bottom eyelid of her right eye. I will try to provide a photo of this, but it is incredibly difficult to capture. This crust may also be unrelated, but I figured it was at least worth mentioning.

I was concerned that this behavior might have been a result of impaction, but after I gave her a bath when she first exhibited these symptoms, she managed to poop just fine. I’m not entirely sure if this removes impaction as the culprit though.

Although she is acting a bit lethargic she isn't limping, or dragging her legs, but she is much less active than usual and is getting more tired earlier in the day.

At the moment, getting to a vet is a little difficult, so I just want to see if there are individuals here who might know how I can help my bearded dragon myself. I appreciate any help!

As I'm sure I will be asked about the conditions in her terrarium, I will provide these below:
- I use a Reptisun T5 10.0 UVB bulb which spans the length of the entire terrarium.
- I use a basking spot lamp, which provides a temperature of around 105-110F in her basking spot.
- The cold side of the tank during the day is usually around 75-80F.
- I use ceramic tiles as substrate and I normally don't keep a water bowl in her tank, as I opt to bathe her relatively regularly.
- The terrarium is 90 gallons 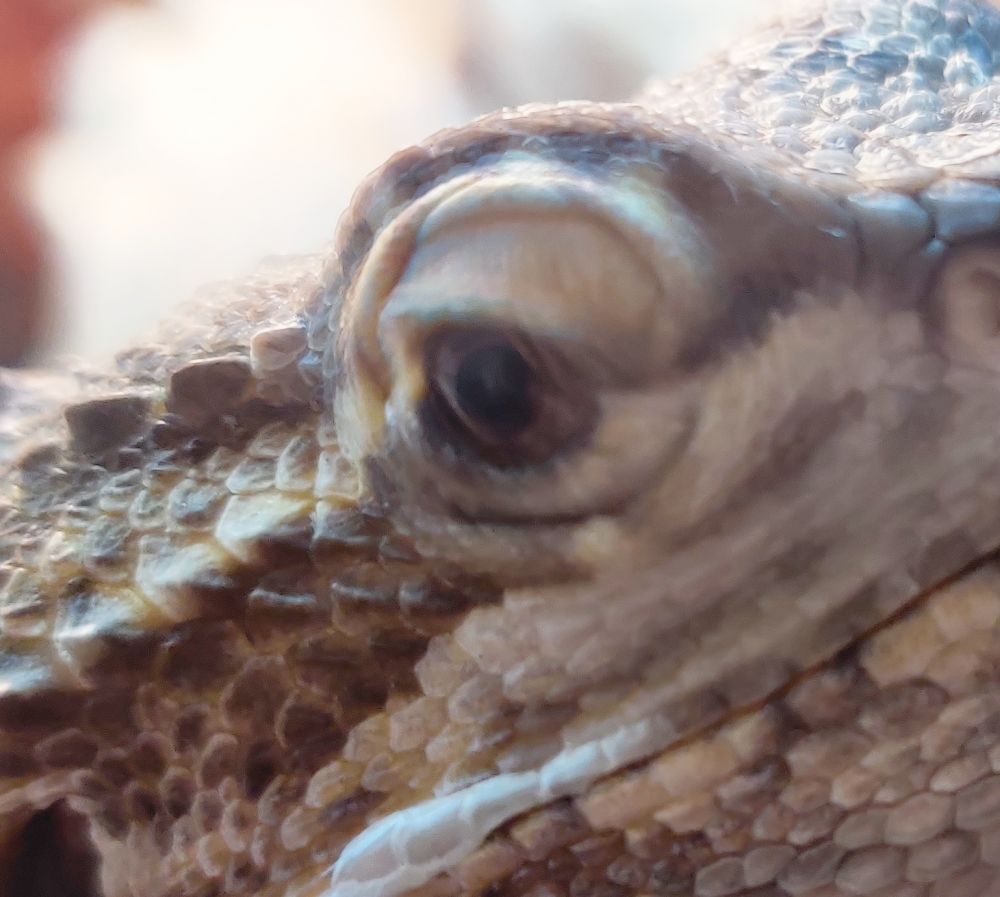 R
Beardie has hole in back and bumps around eyes